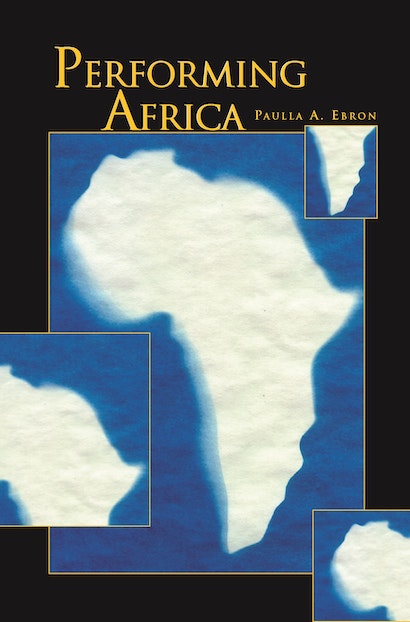 The jali — a member of a hereditary group of Mandinka professional performers — is a charismatic but contradictory figure. He is at once the repository of his people’s history, the voice of contemporary political authority, the inspiration for African American dreams of an African homeland, and the chief entertainment for the burgeoning transnational tourist industry. Numerous journalists, scholars, politicians, and culture aficionados have tried to pin him down. This book shows how the jali’s talents at performance make him a genius at representation — the ideal figure to tell us about the “Africa” that the world imagines, which is always a thing of illusion, magic, and contradiction.


Africa often enters the global imagination through news accounts of ethnic war, famine, and despotic political regimes. Those interested in countering such dystopic images — be they cultural nationalists in the African diaspora or connoisseurs of “global culture” — often found their representations of an emancipatory Africa on an enthusiasm for West African popular culture and performance arts. Based on extensive field research in The Gambia and focusing on the figure of the jali, Performing Africa interrogates these representations together with their cultural and political implications. It explores how Africa is produced, circulated, and consumed through performance and how encounters through performance create the place of Africa in the world. Innovative and discerning, Performing Africa is a provocative contribution to debates over cultural nationalism and the construction of identity and history in Africa and elsewhere.

Paulla A. Ebron is Assistant Professor of Anthropology at Stanford University.

"Performing Africa raises stimulating challenges. Very little is off limits: not nature, not gender, not sexuality, not music—and most especially not Africa as the purest locus of these things. Tackling such provocative subjects with confidence and insight, and with such impressive control over so many scholarly domains, is a major achievement."—Caroline Bledsoe, Journal of the Royal Anthropological Institute

"Ebron's work is innovative and presented with engaging immediacy. Matching her breadth of interest is her ability to speak to different audiences. With scholarly precision, fine political acumen, and clear writing, Ebron deftly accomplishes what she sets out to do. She presents highly original theoretical reflections on method, a detailed ethnographic study of social interactions, insightful cultural understandings of political economy, and specific readings of the imaginative and historical in the construction of 'the Africa.' "—Carolyn Martin Shaw, University of California, Santa Cruz