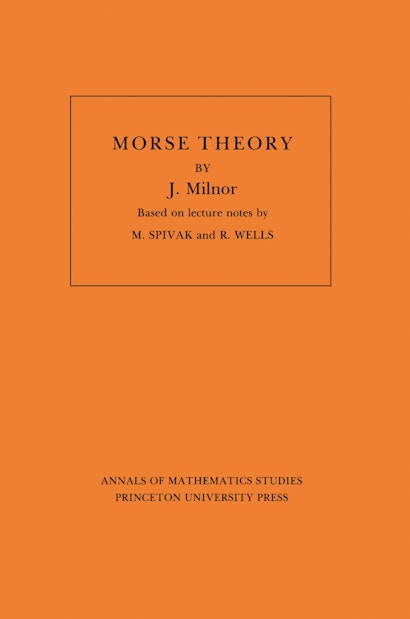 One of the most cited books in mathematics, John Milnor’s exposition of Morse theory has been the most important book on the subject for more than forty years. Morse theory was developed in the 1920s by mathematician Marston Morse. (Morse was on the faculty of the Institute for Advanced Study, and Princeton published his Topological Methods in the Theory of Functions of a Complex Variable in the Annals of Mathematics Studies series in 1947.) One classical application of Morse theory includes the attempt to understand, with only limited information, the large-scale structure of an object. This kind of problem occurs in mathematical physics, dynamic systems, and mechanical engineering. Morse theory has received much attention in the last two decades as a result of a famous paper in which theoretical physicist Edward Witten relates Morse theory to quantum field theory.


Milnor was awarded the Fields Medal (the mathematical equivalent of a Nobel Prize) in 1962 for his work in differential topology. He has since received the National Medal of Science (1967) and the Steele Prize from the American Mathematical Society twice (1982 and 2004) in recognition of his explanations of mathematical concepts across a wide range of scienti.c disciplines. The citation reads, “The phrase sublime elegance is rarely associated with mathematical exposition, but it applies to all of Milnor’s writings. Reading his books, one is struck with the ease with which the subject is unfolding and it only becomes apparent after re.ection that this ease is the mark of a master.?