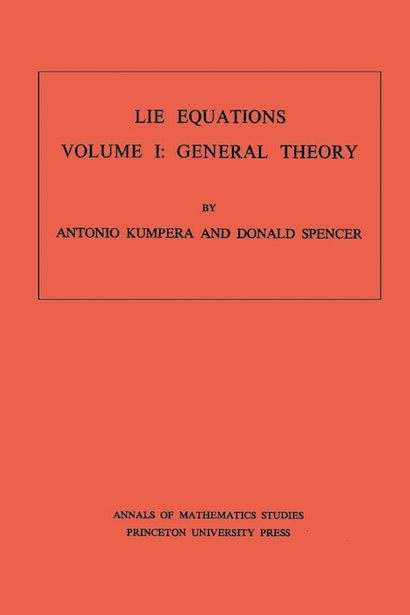 In this monograph the authors redevelop the theory systematically using two different approaches. A general mechanism for the deformation of structures on manifolds was developed by Donald Spencer ten years ago. A new version of that theory, based on the differential calculus in the analytic spaces of Grothendieck, was recently given by B. Malgrange. The first approach adopts Malgrange’s idea in defining jet sheaves and linear operators, although the brackets and the non-linear theory arc treated in an essentially different manner. The second approach is based on the theory of derivations, and its relationship to the first is clearly explained. The introduction describes examples of Lie equations and known integrability theorems, and gives applications of the theory to be developed in the following chapters and in the subsequent volume.