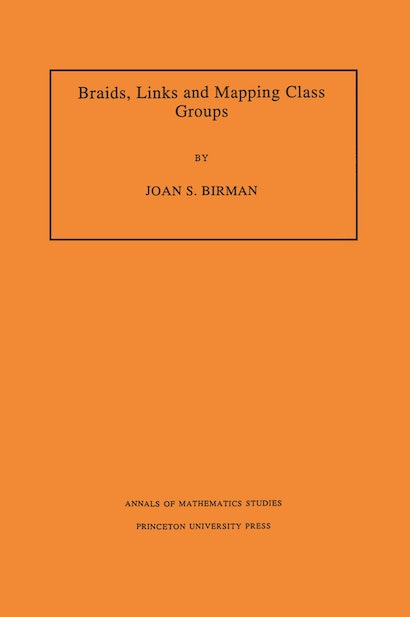 The central theme of this study is Artin’s braid group and the many ways that the notion of a braid has proved to be important in low-dimensional topology.

In Chapter 1 the author is concerned with the concept of a braid as a group of motions of points in a manifold. She studies structural and algebraic properties of the braid groups of two manifolds, and derives systems of defining relations for the braid groups of the plane and sphere. In Chapter 2 she focuses on the connections between the classical braid group and the classical knot problem. After reviewing basic results she proceeds to an exploration of some possible implications of the Garside and Markov theorems.

Chapter 3 offers discussion of matrix representations of the free group and of subgroups of the automorphism group of the free group. These ideas come to a focus in the difficult open question of whether Burau’s matrix representation of the braid group is faithful. Chapter 4 is a broad view of recent results on the connections between braid groups and mapping class groups of surfaces. Chapter 5 contains a brief discussion of the theory of “plats.” Research problems are included in an appendix.