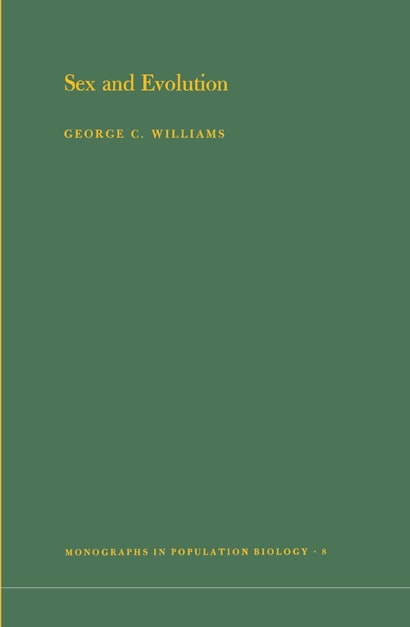 This book explores the relationship between various types of reproduction and the evolutionary process. Starting with the concept of meiosis, George C. Williams states the conditions under which an organism with both sexual and asexual reproductive capacities will employ each mode. He argues that in low-fecundity higher organisms, sexual reproduction is generally maladaptive, and persists because there is no ready means of developing an asexual alternative.


The book then considers the evolutionary development of diverse forms of sexuality, such as anisogamy, hermaphroditism. and the evolution of differences between males and females in reproductive strategy. The final two chapters examine the effect of genetic recombination on the evolutionary process itself.

George C. Williams is Professor of Biological Sciences in the Department of Ecology and Evolution at the State University of New York at Stony Brook. He has published Adaptation and Natural Selection (1966) and Group Selection (Aldine-Atherton, 1971).