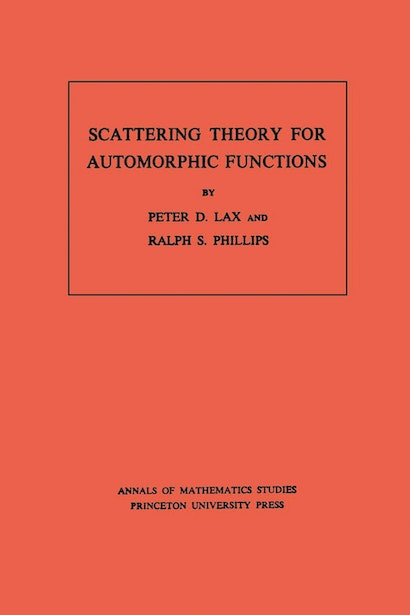 The application by Fadeev and Pavlov of the Lax-Phillips scattering theory to the automorphic wave equation led Professors Lax and Phillips to reexamine this development within the framework of their theory. This volume sets forth the results of that work in the form of new or more straightforward treatments of the spectral theory of the Laplace-Beltrami operator over fundamental domains of finite area; the meromorphic character over the whole complex plane of the Eisenstein series; and the Selberg trace formula.