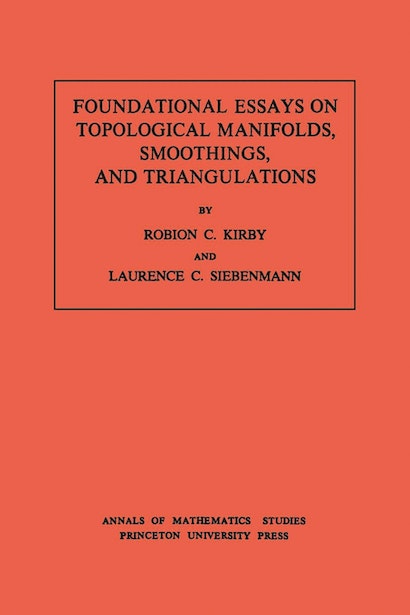 Since Poincaré’s time, topologists have been most concerned with three species of manifold. The most primitive of these — the TOP manifolds — remained rather mysterious until 1968, when Kirby discovered his now famous torus unfurling device. A period of rapid progress with TOP manifolds ensued, including, in 1969, Siebenmann’s refutation of the Hauptvermutung and the Triangulation Conjecture. Here is the first connected account of Kirby’s and Siebenmann’s basic research in this area.

The five sections of this book are introduced by three articles by the authors that initially appeared between 1968 and 1970. Appendices provide a full discussion of the classification of homotopy tori, including Casson’s unpublished work and a consideration of periodicity in topological surgery.