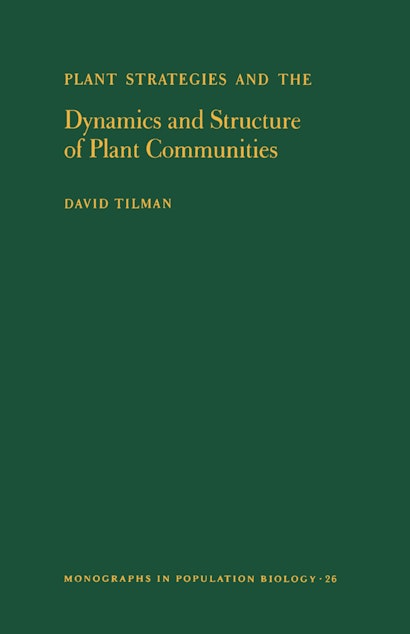 Although ecologists have long considered morphology and life history to be important determinants of the distribution, abundance, and dynamics of plants in nature, this book contains the first theory to predict explicitly both the evolution of plant traits and the effects of these traits on plant community structure and dynamics. David Tilman focuses on the universal requirement of terrestrial plants for both below-ground and above-ground resources. The physical separation of these resources means that plants face an unavoidable tradeoff. To obtain a higher proportion of one resource, a plant must allocate more of its growth to the structures involved in its acquisition, and thus necessarily obtain a lower proportion of another resource. Professor Tilman presents a simple theory that includes this constraint and tradeoff, and uses the theory to explore the evolution of plant life histories and morphologies along productivity and disturbance gradients.


The book shows that relative growth rate, which is predicted to be strongly influenced by a plant’s proportional allocation to leaves, is a major determinant of the transient dynamics of competition. These dynamics may explain the differences between successions on poor versus rich soils and suggest that most field experiments performed to date have been of too short a duration to allow unambiguous interpretation of their results.