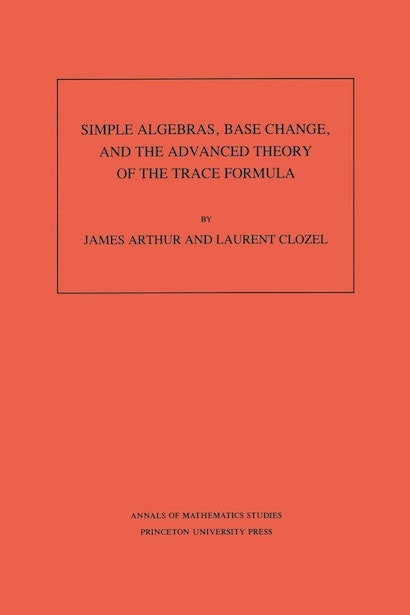 A general principle, discovered by Robert Langlands and named by him the “functoriality principle,” predicts relations between automorphic forms on arithmetic subgroups of different reductive groups. Langlands functoriality relates the eigenvalues of Hecke operators acting on the automorphic forms on two groups (or the local factors of the “automorphic representations” generated by them). In the few instances where such relations have been probed, they have led to deep arithmetic consequences.


This book studies one of the simplest general problems in the theory, that of relating automorphic forms on arithmetic subgroups of GL(n,E) and GL(n,F) when E/F is a cyclic extension of number fields. (This is known as the base change problem for GL(n).) The problem is attacked and solved by means of the trace formula. The book relies on deep and technical results obtained by several authors during the last twenty years. It could not serve as an introduction to them, but, by giving complete references to the published literature, the authors have made the work useful to a reader who does not know all the aspects of the theory of automorphic forms.