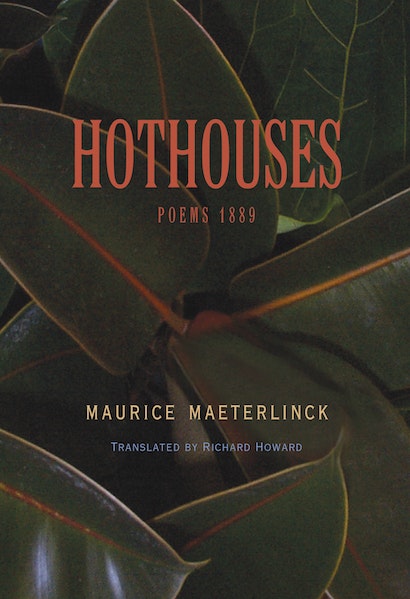 On May 31, 1889, a young Belgian lawyer from a wealthy bourgeois family in Ghent published a book of 33 poems in 155 copies. Maurice Maeterlinck’s legal career was floundering but his road to literary greatness had begun. Long overshadowed by the plays that later won him the Nobel Prize, Serres chaudes (Hothouses) nonetheless came to be widely regarded as one of the cornerstones of literary Modernism after Baudelaire. While Max Nordau soon seized upon Maeterlinck’s — tumult of images — as symptomatic of a pervasive social malaise, decades later Antonin Artaud pronounced, “Maeterlinck was the first to introduce the multiple riches of the subconscious into literature.”


Richard Howard’s translation of this quietly radical work is the first to be published in nearly a century, and the first to accurately convey Maeterlinck’s elusive visionary force. The poems, some of them in free verse (new to Belgium at the time), combine the decadent symbolism and the language of dislocation that Maeterlinck later perfected in his dramas. Hothouses reflects the influence not only of French poets including Verlaine and Rimbaud, but also of Whitman. As for the title, the author said it was “a natural choice, Ghent … abounding in greenhouses.”


The poems, whose English translations appear opposite the French originals, are accompanied by reproductions of seven woodcuts by Georges Minne that appeared in the original volume, and by an early prose text by Maeterlinck imaginatively describing a painting by the sixteenth-century Flemish artist Pieter Brueghel.


A feat of daring power extraordinarily immediate and inventive, Hothouses will appeal to all lovers of poetry, and in particular to those interested in Modernism. Maeterlinck’s enormous fame may have faded, but twentieth-century writers such as Beckett are still our masters who testify to its undying influence.

Maurice Maeterlinck (1862?1949) was a Belgian playwright and poet who received the Nobel Prize for Literature in 1911. He wrote numerous plays including Pelléas et Mélisande (1892), which later inspired an opera by Debussy. Richard Howard has translated over 150 works from the French and published 13 collections of his own poetry. In 1983 he received the American Book Award for his translation of Baudelaire's Les Fleurs du mal, and in 1970 he was awarded the Pulitzer Prize for Poetry. He teaches in the Writing Division at Columbia University. 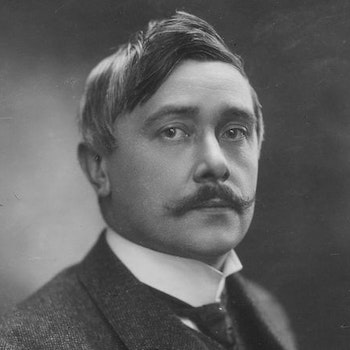