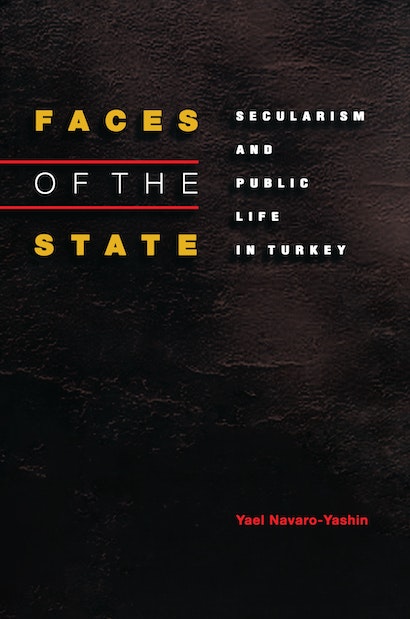 Faces of the State is a penetrating study of the production of a state-revering political culture in the public life of 1990s Turkey. In this new contribution to the anthropology of the state, Yael Navaro-Yashin brings recent poststructuralist and psychoanalytic theory to bear on the study of the political. Delving deeper than studies of nationalist discourse that would focus on consciously articulated narratives of political identity, the author explores sites of “fantasy” in the public-political domain of Istanbul.


The book focuses on the conflict over secularism in the aftermath of an Islamist victory in the city’s municipalities. In contrast with studies that would problematize and objectify religious movements, the author examines the agency of secularists under a state widely known for its “secularist” policies. The complexity and dynamism of the context studied moves well beyond scholarly distinctions between “secularity” and “religion,” as well as “state” and “society.” Here, secularism and Islamism emerge as different guises for a culture of statism where people from “society” compete to claim “Turkish culture” for themselves and their life practices. With this work that stretches the boundaries of regionalism, the author situates her anthropological study of Turkey not only in scholarship on the Middle East, but also in the broader problem of thinking “Europe” anew.

Yael Navaro-Yashin is University Assistant Lecturer in the Department of Social Anthropology at Cambridge University.

"A provocative and sophisticated analysis of value to regional specialists and scholars interested in the nature of the state."—Choice

"Navaro-Yashin's highly innovative use of an ethnographic approach to establish evidence to support her two major arguments—concerning the shared political culture of secularists and Islamists and the regeneration of the state through the margins—is extremely successful. A welcome addition to the ethnography of Turkey, this study will be also of use to readers interested in debates on civil society, the public sphere, nationalism, and subjectivity."—Leyla Neyzi, Journal of Royal Anthropological Institute

"A theoretical tour de force. The author attacks head-on some of the most important, influential social thinkers of the past twenty years. She offers some very important insights in this original and interesting take on this very timely subject. The unpacking of secularist and Islamist discourse is a significant contribution to the body of scholarship about modern Turkey in particular, and by implication to other contexts as well. Also, the final section on the cult of Ataturk is quite wonderful."—Ruth Mandel, University College London