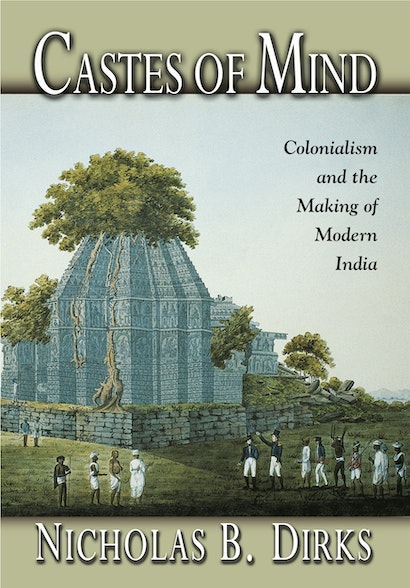 When thinking of India, it is hard not to think of caste. In academic and common parlance alike, caste has become a central symbol for India, marking it as fundamentally different from other places while expressing its essence. Nicholas Dirks argues that caste is, in fact, neither an unchanged survival of ancient India nor a single system that reflects a core cultural value. Rather than a basic expression of Indian tradition, caste is a modern phenomenon — the product of a concrete historical encounter between India and British colonial rule. Dirks does not contend that caste was invented by the British. But under British domination caste did become a single term capable of naming and above all subsuming India’s diverse forms of social identity and organization.


Dirks traces the career of caste from the medieval kingdoms of southern India to the textual traces of early colonial archives; from the commentaries of an eighteenth-century Jesuit to the enumerative obsessions of the late-nineteenth-century census; from the ethnographic writings of colonial administrators to those of twentieth-century Indian scholars seeking to rescue ethnography from its colonial legacy. The book also surveys the rise of caste politics in the twentieth century, focusing in particular on the emergence of caste-based movements that have threatened nationalist consensus.

Castes of Mind is an ambitious book, written by an accomplished scholar with a rare mastery of centuries of Indian history and anthropology. It uses the idea of caste as the basis for a magisterial history of modern India. And in making a powerful case that the colonial past continues to haunt the Indian present, it makes an important contribution to current postcolonial theory and scholarship on contemporary Indian politics.

Nicholas B. Dirks is Franz Boas Professor of History and Anthropology at Columbia University. He is the author of The Hollow Crown: Ethnohistory of an Indian Kingdom and the editor of Colonialism and Culture and In Near Ruins. He has taught at the University of Michigan, the California Institute of Technology, and the Ecole des Hautes Etudes en Sciences Sociale in Paris.

"Massively documented and brilliantly argued, Castes of Mind is a study in true contrapuntal interpretation. Nicholas Dirks is a subtle unraveler of the dense, many-layered fabric of India's colonial and modern history as they converge in the idea and practice of caste. Even for the nonspecialist, the results of this gripping book are remarkable to behold. No one before Dirks has examined the ways in which caste gathers from as well as ignores the complex realities and hierarchies of Indian society. Neither reductive nor schematic, the notion of caste that emerges here is genuinely original."—Edward W. Said