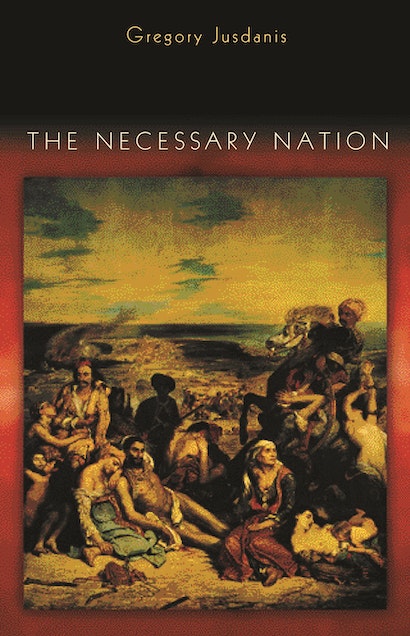 In this controversial look at nationalism, Gregory Jusdanis offers a sweeping defense of the nation as a protector of cultural difference and a catalyst for modernization. Since the end of the Cold War, the nation-state has undergone intense scrutiny among critics in the media and the academy. Many believe that civic nationalism may be fruitful but that cultural nationalism fosters xenophobia and backward thinking. Jusdanis, however, emphasizes the positive collaboration between nation-building and culture.


Through a series of critical readings of multicultural, postcolonial, and globalization theories, the author reveals how nationalism enables people to defend their distinctive ways of life, to fight colonial oppression, and to build an independent society of citizens. He explains why people over the last two hundred years have politicized their ethnic identities and have sought a union of culture and power within an autonomous nation-state. While seeking to defend nationalism, Jusdanis also examines its potential to unleash extraordinary violence into the world. He thus proposes federalism as a political solution to the challenges posed by nationalism and globalization.


Jusdanis applies the tools of disciplines ranging from anthropology to philosophy, as he explores the nation-building projects of numerous and diverse countries around the world. What emerges is a fresh perspective on the subjects of national culture, identity, political nations, globalization, postcolonialism, and diaspora.

Gregory Jusdanis is Professor of Modern Greek at Ohio State University. He is the author of The Poetics of Cavafy: Textuality, Eroticism, History (Princeton) and Belated Modernity and Aesthetic Culture: Inventing National Literature.

"This is an exceptionally erudite and thoughtful book on one of the major subjects of our day—the future of the nation-state. Gregory Jusdanis offers a wide-ranging discussion of culture and nationalism that raises important questions for cultural critics, political theorists, and historians, among other readers."—Barry S. Strauss, Cornell University

"Thoughtful, balanced and urgent, Jusdanis's study acknowledges the double-edged nature of nationalism. It resists the wholesale rejection of nationalism that has become characteristic of an historically ill-informed, conceptually impoverished, and politically correct anti-nationalism. Drawing upon a range of disciplines and national histories, he offers a rich and flexible discourse of nationalism and its others."—Khachig Tololyan, Wesleyan University

"Gregory Jusdanis has written a provocative book that challenges the nearly universal opinion among cultural studies and postcolonial theorists that the nation-form must and should be overcome. Strongly critical of the presentist biases of much current writing on the nation, Jusdanis provides an historical theory essential to all those interested in a variety of important problems: the role of the intellectual in nation-building; the nation in the era of globalization; the nation in a post-colonial world; and the origins of nationalism. Daring and lucid at the same time, The Necessary Nation is basic reading for scholars in all the humanistic and social science disciplines."—Paul A. Bové, University of Pittsburgh