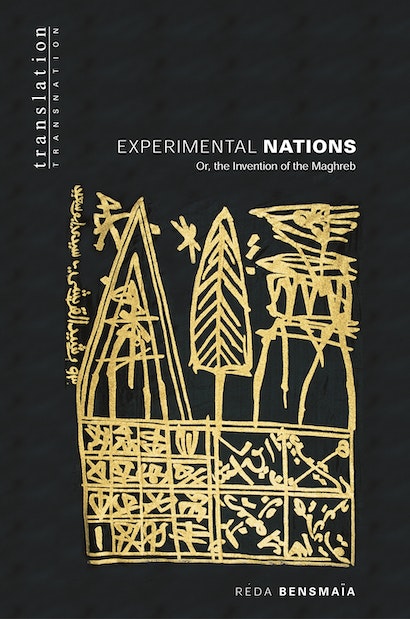 Jean-Paul Sartre’s famous question, “For whom do we write?” strikes close to home for francophone writers from the Maghreb. Do these writers address their compatriots, many of whom are illiterate or read no French, or a broader audience beyond Algeria, Morocco, and Tunisia? In Experimental Nations, Réda Bensmaïa argues powerfully against the tendency to view their works not as literary creations worth considering for their innovative style or language but as “ethnographic” texts and to appraise them only against the “French literary canon.” He casts fresh light on the original literary strategies many such writers have deployed to reappropriate their cultural heritage and “reconfigure” their nations in the decades since colonialism.


Tracing the move from the anticolonial, nationalist, and arabist literature of the early years to the relative cosmopolitanism and diversity of Maghrebi francophone literature today, Bensmaïa draws on contemporary literary and postcolonial theory to “deterritorialize” its study. Whether in Assia Djebar’s novels and films, Abdelkebir Khatabi’s prose poems or critical essays, or the novels of Nabile Farès, Abdelwahab Meddeb, or Mouloud Feraoun, he raises the veil that hides the intrinsic richness of these artists’ works from the eyes of even an attentive audience. Bensmaïa shows us how such Maghrebi writers have opened their nations as territories to rediscover and stake out, to invent, while creating a new language. In presenting this masterful account of “virtual” but veritable nations, he sets forth a new and fertile topography for francophone literature.

Réda Bensmaïa is University Professor of French Studies and Comparative Literature at Brown University. He is the author of The Barthes Effect, The Year of Passages, and a novel entitled Alger ou la maladie de la mémoire.

"This book is a vehement but always fair-minded and intellectually serious contribution to current discussions of francophone literature. Réda Bensmaïa means to displace the boundaries of francophone studies. At the same time, he provokes a migration of highly 'theoretical' texts from their 'proper,' Parisian territory toward a different, experimental terrain. An accomplished scholar and lecturer, a bold, offbeat novelist, Bensmaïa is a dynamic presence in literary and cultural studies here and abroad. One wants to know his point of view."—Ann Smock, University of California, Berkeley

"Réda Bensmaïa's Experimental Nations sets out to examine the issue of national identity, national language, and national culture in a context that makes the traditional definition of these categories problematic. The ideas are clearly articulated and developed in the various chapters dealing with writers from the Maghreb. This book represents an extremely interesting argument against reductive polarities in culture and a redefinition ofuniversalism outside of the colonial definition of uniform sameness."—Jean Michael Dash, New York University