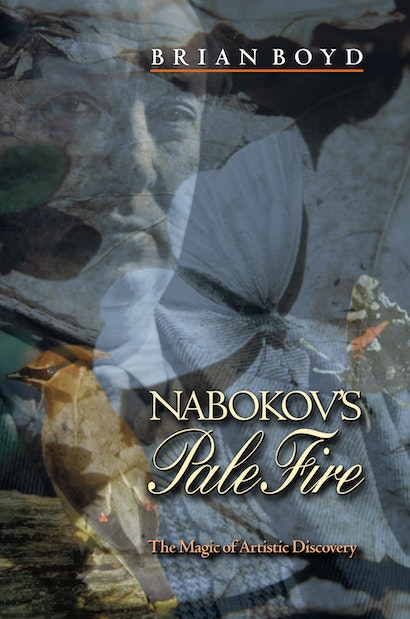 Pale Fire is regarded by many as Vladimir Nabokov’s masterpiece. The novel has been hailed as one of the most striking early examples of postmodernism and has become a famous test case for theories about reading because of the apparent impossibility of deciding between several radically different interpretations. Does the book have two narrators, as it first appears, or one? How much is fantasy and how much is reality? Whose fantasy and whose reality are they? Brian Boyd, Nabokov’s biographer and hitherto the foremost proponent of the idea that Pale Fire has one narrator, John Shade, now rejects this position and presents a new and startlingly different solution that will permanently shift the nature of critical debate on the novel. Boyd argues that the book does indeed have two narrators, Shade and Charles Kinbote, but reveals that Kinbote had some strange and highly surprising help in writing his sections. In light of this interpretation, Pale Fire now looks distinctly less postmodern — and more interesting than ever.


In presenting his arguments, Boyd shows how Nabokov designed Pale Fire for readers to make surprising discoveries on a first reading and even more surprising discoveries on subsequent readings by following carefully prepared clues within the novel. Boyd leads the reader step-by-step through the book, gradually revealing the profound relationship between Nabokov’s ethics, aesthetics, epistemology, and metaphysics. If Nabokov has generously planned the novel to be accessible on a first reading and yet to incorporate successive vistas of surprise, Boyd argues, it is because he thinks a deep generosity lies behind the inexhaustibility, complexity, and mystery of the world. Boyd also shows how Nabokov’s interest in discovery springs in part from his work as a scientist and scholar, and draws comparisons between the processes of readerly and scientific discovery.


This is a profound, provocative, and compelling reinterpretation of one of the greatest novels of the twentieth century.

Brian Boyd is Distinguished University Professor in the Department of English at the University of Auckland, New Zealand. He is the author of the prize-winning Vladimir Nabokov: The Russian Years (Princeton 1990), Vladimir Nabokov: The American Years (Princeton 1991), and Nabokov's Ada: The Place of Consciousness. Referred to in a recent journal as "the great man of Nabokov studies," he has also edited Nabokov's English novels and autobiography for the Library of America and Nabokov's Butterflies for Beacon Press.

"It seems impossible for any scholar to write about Pale Fire, Nabokov's novel disguised as a poem and a pseudo-scholarly consideration of that poem, without appearing to be offering a mimicry of the great work. Nabokov's Pale Fire is no exception. Writing with an intensity that would suit Pale Fire's own narrators, Brian Boyd, a leading authority on Nabokov, gives an exquisitely detailed reading of the book and advances a new thesis about which fictional character (or characters) is supposed to have written the book."—Publishers Weekly

"Brian Boyd's strength as a critic . . . is that his compendious knowledge of Nabokov's biography and writings, especially those in English, is matched by his level-headedness and attention to detail."—Catriona Kelly, Times Literary Supplement

"[Boyd] is far and away Nabokov's best-informed and most subtle critic. . . [He] bases his new interpretation on a staggering wealth of textual and extratextual detail and is clearly right on every major argument."—Choice

"A readable, elegantly written and witty guide through [the] process of discovery to which Nabokov himself invariably invites us, in what is arguably his finest novel."—Helen McLean, The Globe and Mail

"This critical study . . . is not merely a brilliant search for the 'truth' of Pale Fire—it is also a study of the way we read texts and think about existence."—Irving Malin, Review of Contemporary Fiction

"[E]ye-opening. . . . Boyd's singular reading . . . suggests a novel that is in fact startlingly harmonious, one in which life and death blend in seamless unity."—Daniel Zalewski, New York Times Book Review

"Writing with an intensity that would suit Pale Fire's own narrators, Brian Boyd, a leading authority on Nabokov, gives an exquisitely detailed reading of the book."—Publishers Weekly

"This startling new theory is not only hard to refute—it makes it impossible for anyone to see Pale Fire under the same light. . . . For the discoveries that lie ahead we are now indebted to Boyd's scrupulous research and pertinent interpretation. Nabokov's Pale Fire: The Magic of Artistic Discovery is truly the essential companion/mode d'emploi to one of the greatest masterpieces of the 20th century."—Alexandre O. Philippe, Bloomsbury Review

"Boyd's Pale Fire will change how we read Nabokov's. Boyd brilliantly shows the intensity with which the three parts of the novel 'recall' one another. . . . Above all, Nabokov's Pale Fire is a manifesto for close reading. There can be no better recommendation than that."—Eric Naiman, Slavic Review

"No one knows more about Nabokov and his works than Brian Boyd does, and this book is obviously a work of passion. It enlivens our sense of a marvelous novel, it encourages generous close reading, and it makes the best case possible for the general human value of Nabokov's fiendish cleverness."—Michael Wood, Princeton University, author of The Magician's Doubts: Nabokov and the Risks of Fiction

"Brian Boyd is Nabokov's ideal, astute, and observant reader, paying attention to every detail which, for Nabokov, was the essence of all writing and all reading. Boyd does so not only intelligently and thoughtfully but also lovingly."—Galya Diment, University of Washington

"This is a remarkable piece of literary detective work. Brian Boyd brings to bear on Nabokov's most elaborately encrypted novel an acute attention to textual detail and a vast fund of relevant learning, coupled with endlessly resourceful ingenuity. The result is a provocative thesis about the structure and meaning of the novel-seemingly a "solution" but, as he himself grants, really grounds for continuing discussion, and in any case, a vivid demonstration of the excitements of skilled reading."—Robert Alter, University of California, Berkeley