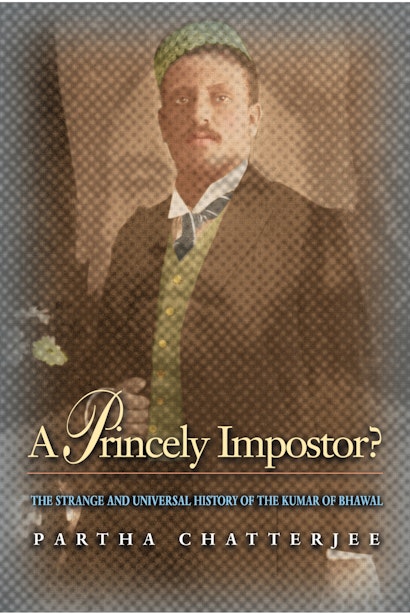 In 1921 a traveling religious man appeared in eastern British Bengal. Soon residents began to identify this half-naked and ash-smeared sannyasi as none other than the Second Kumar of Bhawal — a man believed to have died twelve years earlier, at the age of twenty-six. So began one of the most extraordinary legal cases in Indian history. The case would rivet popular attention for several decades as it unwound in courts from Dhaka and Calcutta to London.


This narrative history tells an incredible story replete with courtroom drama, sexual debauchery, family intrigue, and squandered wealth. With a novelist’s eye for interesting detail, Partha Chatterjee sifts through evidence found in official archives, popular songs, and backstreet Bangladeshi bookshops. He evaluates the case of the man claiming, with the support of legions of tenants and relatives, to be the long-lost Kumar. And he considers the position of the sannyasi’s detractors, including the colonial government and the Kumar’s young widow, who resolutely refused to meet the man she denounced as an impostor.


Along the way, Chatterjee introduces us to a fascinating range of human character, gleans insights into the nature of human identity, and examines the relation between scientific evidence, legal truth, and cultural practice. The story he tells unfolds alongside decades of Indian history. Its plot is shaped by changing gender and class relations and punctuated by critical historical events, including the onset of World War II, the Bengal famine of 1943, and the Great Calcutta Killings. And by identifying the earliest erosion of colonialism and the growth of nationalist thinking within the organs of colonial power, Chatterjee also gives us a secret history of Indian nationalism.

Partha Chatterjee is Director and Professor of Political Science at the Center for Studies in Social Sciences, Calcutta, and Visiting Professor of Anthropology at Columbia University. He is the author of many books, including Nationalist Thought and the Colonial World and The Nation and Its Fragments (Princeton). He is also a founding member of the editorial collective Subaltern Studies as well as a playwright and essayist in Bengali. 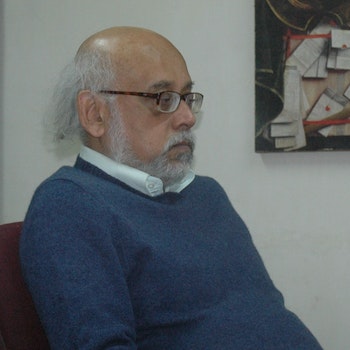 "Chatterjee has written a true account the reads like a mystery novel. . . . A good reviewer should not give away the ending to a mystery, and the same applies in this case. But curious readers who want to discover the outcome will find this book—a fascinating introduction to the culture of British India—well worth their while."—Foreign Affairs

"Like Akira Kurosawa's Rashomon, Chatterjee's narrative refracts the complicated story through the prisms of the many participants. . . . Chatterjee, besides narrating the story with all its twists and turns, delves into the metaphorical issues surrounding proof of identity and into the dynamics of western legal systems operating in an alien social and cultural framework."—Krishna Dutta, Times Higher Education Supplement

"This book is a strange amalgam of storytelling and research, mixing the skills of a novelist with the rigor of academic writing. . . . [L]ike a conductor waving his baton, the author is able to orchestrate all the elements of this complex and difficult work into a whole with a strange, compelling readability."—Apratim Barua, Times Literary Supplement

"Princely Impostor is spell-binding narrative history—as gripping as a novel by Charles Dickens—that presents a vivid portrait of life in Bengal during the first half of the twentieth century. In addition, Chatterjee unobtrusively reflects on narrative history, historical truth, and the meanings of personal identity. A superbly written, thoroughly engrossing, provocative, and informative book."—Richard Bernstein

"This is the first scholarly rendering of the incredible tale of the Bhawal sannyasi. Its strengths and contributions are many. Chatterjee's gripping story offers a fascinating portrait of a colonial society. It also wonderfully demonstrates the historian's craft as a narrator, keeping the reader glued to the page."—Gyan Prakash, author of Another Reason

"This extraordinary book represents an immensely valuable addition to the literature on South Asia. It will have great influence both within and outside of the academy and will soon be regarded as a classic."—Amitav Ghosh, author of The Glass Palace