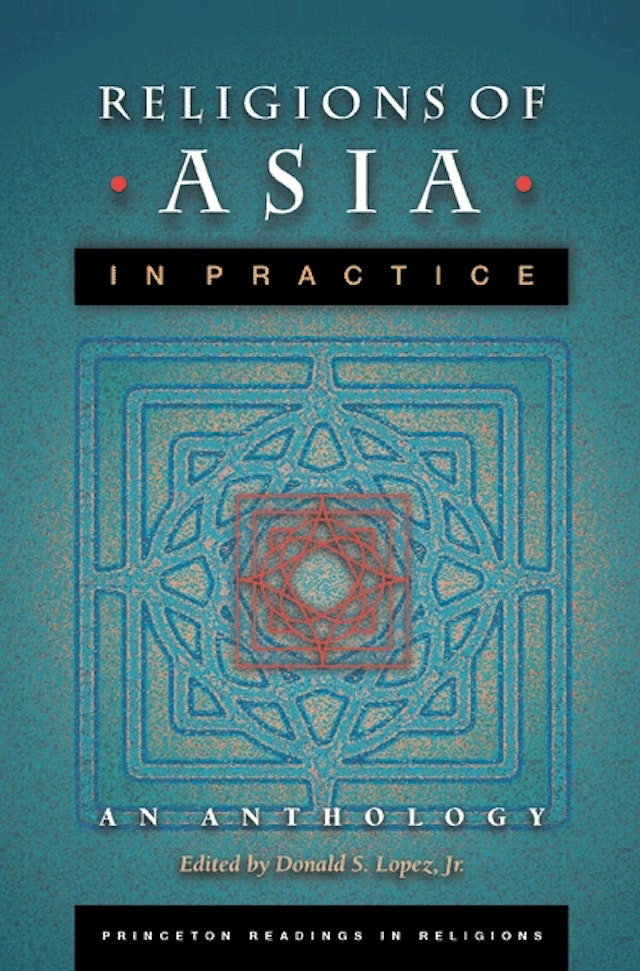 The acclaimed volumes of Princeton Readings in Religions present the remarkable range of all that is encompassed in the practice of religions, across the centuries and across the world.

Religions of Asia in Practice: An Anthology brings together into a single volume the most important and fascinating selections from the volumes on Buddhism, India, China, Tibet, and Japan to give an overview of how religions have been lived by both ordinary and extraordinary people throughout the continent of Asia. These materials — many of which had never before been translated into any Western language — include ritual manuals, hagiographical and autobiographical writings, popular commentaries, instructions to children, poetry, and folktales. Each is preceded by a substantial introduction in which the translator discusses the text’s history and influence and guides the reader through points of potential difficulty and particular interest. The volume includes, in addition, clear and compelling introductions to each of the major traditions.

Religions of Asia in Practice: An Anthology offers a fascinating look at the spectrum of religious practices in Asia over almost three millennia. As such, it is ideally suited for use as a textbook in courses on world or Eastern religions as well as for the general reader.

Donald S. Lopez, Jr., is Carl W. Belser Professor of Buddhist and Tibetan Studies in the Department of Asian Languages and Cultures at the University of Michigan. He is the series editor of Princeton Readings in Religions.

"This volume serves as a complete introductory text to Asian religions (in theory as well as in practice), and should be used widely in college classrooms for decades to come."—Frederick M. Smith, Religious Studies Review