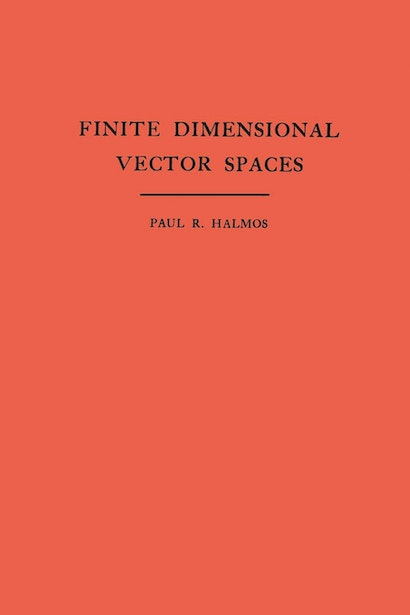 As a newly minted Ph.D., Paul Halmos came to the Institute for Advanced Study in 1938 — even though he did not have a fellowship — to study among the many giants of mathematics who had recently joined the faculty. He eventually became John von Neumann’s research assistant, and it was one of von Neumann’s inspiring lectures that spurred Halmos to write Finite Dimensional Vector Spaces. The book brought him instant fame as an expositor of mathematics.

Finite Dimensional Vector Spaces combines algebra and geometry to discuss the three-dimensional area where vectors can be plotted. The book broke ground as the first formal introduction to linear algebra, a branch of modern mathematics that studies vectors and vector spaces. The book continues to exert its influence sixty years after publication, as linear algebra is now widely used, not only in mathematics but also in the natural and social sciences, for studying such subjects as weather problems, traffic flow, electronic circuits, and population genetics.


In 1983 Halmos received the coveted Steele Prize for exposition from the American Mathematical Society for “his many graduate texts in mathematics dealing with finite dimensional vector spaces, measure theory, ergodic theory, and Hilbert space.”