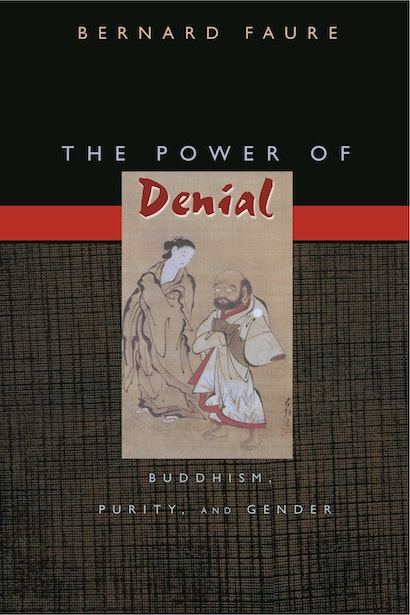 Innumerable studies have appeared in recent decades about practically every aspect of women’s lives in Western societies. The few such works on Buddhism have been quite limited in scope. In The Power of Denial, Bernard Faure takes an important step toward redressing this situation by boldly asking: does Buddhism offer women liberation or limitation? Continuing the innovative exploration of sexuality in Buddhism he began in The Red Thread, here he moves from his earlier focus on male monastic sexuality to Buddhist conceptions of women and constructions of gender. Faure argues that Buddhism is neither as sexist nor as egalitarian as is usually thought. Above all, he asserts, the study of Buddhism through the gender lens leads us to question what we uncritically call Buddhism, in the singular.


Faure challenges the conventional view that the history of women in Buddhism is a linear narrative of progress from oppression to liberation. Examining Buddhist discourse on gender in traditions such as that of Japan, he shows that patriarchy — indeed, misogyny — has long been central to Buddhism. But women were not always silent, passive victims. Faure points to the central role not only of nuns and mothers (and wives) of monks but of female mediums and courtesans, whose colorful relations with Buddhist monks he considers in particular.


Ultimately, Faure concludes that while Buddhism is, in practice, relentlessly misogynist, as far as misogynist discourses go it is one of the most flexible and open to contradiction. And, he suggests, unyielding in-depth examination can help revitalize Buddhism’s deeper, more ancient egalitarianism and thus subvert its existing gender hierarchy. This groundbreaking book offers a fresh, comprehensive understanding of what Buddhism has to say about gender, and of what this really says about Buddhism, singular or plural.

Bernard Faure is George Edwin Burnell Professor of Religious Studies at Stanford University. He is the author of Visions of Power, The Red Thread, Chan Insights and Oversights, and The Rhetoric of Immediacy, (all Princeton).

"The questions Faure raises are important ones: Is Buddhism a tool of liberation or oppression for women? What might a more egalitarian Buddhist practice consist of? Faure approaches his subject in his usual thorough manner. The wealth of historical, sociological, and cultural references may be daunting to some readers, but those who persevere will be rewarded."—Martine Batchelor, Tricycle

"Well organized and very well written, Faure's book is unique. It will certainly stir up controversy in Buddhist studies and in American Buddhism. The style is perfect: brief, punchy, to the point."—Steven Collins, University of Chicago