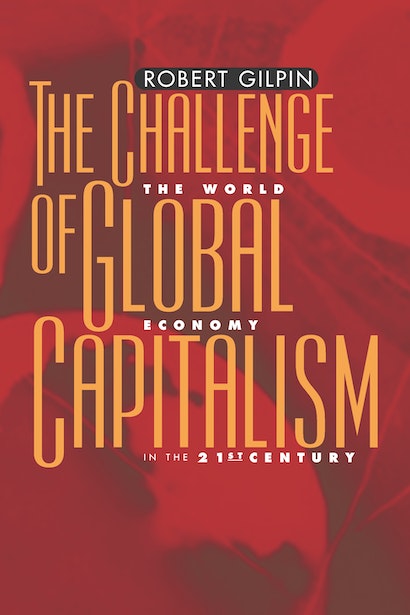 Many individuals proclaim that global capitalism is here to stay. Unfettered markets, they argue, now drive the world, and all countries must adjust, no matter how painful this may be for some. Robert Gilpin, author of the widely acclaimed Political Economy of International Relations (Princeton, 1987), urges us, however, not to take an open and integrated global economy for granted. Rather, we must consider the political circumstances that have enabled global markets to function and the probability that these conditions will continue. Gilpin’s new book amounts to a magisterial inquiry into all major aspects of the contemporary world political economy. Beginning with the 1989 end of the Cold War and the subsequent collapse of communism, it focuses on globalization and rapid technological change and covers a broad sweep of economic developments and political cultures. Gilpin demonstrates the fragility of a global and integrated economy and recommends what can be done to strengthen it.


The international community has another chance to solidify the global market economy that collapsed with the outbreak of World War I. Yet, writes Gilpin, the full implications of this historic development for international affairs are not yet clear. Will socialist economies make a successful transition to market-type economies? What role will a dynamic China play in the world economy? Will the United States continue to exercise leadership or gravitate toward self-centered policies? Gilpin explores such questions along with problems in the areas of trade liberalization, multinational corporations, and destabilizing financial flows. He also investigates the struggles of less developed countries and the spread of economic regionalism, particularly in Europe, North America, and Pacific Asia, which directly threatens an open world economy.


The author maintains that global capitalism and economic globalization have rested and must continue to rest on a secure political foundation. However, this foundation has eroded since the end of the Soviet threat. To ensure survival of the global economy, Gilpin concludes, the United States and other major powers must recommit themselves to working together to rebuild its weakened political foundations.

"One of the many virtues of Robert Gilpin's wide-ranging book is its deep sense of history. The Challenge of Global Capitalism is an exemplary guide to the geo-strategic environment in which world markets operate."—John Gray, Times Literary Supplement

"A comprehensive take on this new world of economic conflict . . . [Gilpin] understands . . . that the wheels may be coming off the post-cold-war roller coaster that the United States rode to great heights in the 1990's."—David E. Sanger, The New York Times Book Review

"Better than any other recent book, [this book] shows that globalization rests squarely on an aging security order binding the great powers together. If these alliances erode and are replaced with more ambiguous—and even rival—strategic relations, all bets are off . . . The question that Gilpin's book brilliantly poses is whether globalization's upheaval will result in a more inclusive and responsive set of international rules and institutions or whether it signals a more dangerous breakdown."—G. John Ikenberry, Foreign Affairs

"A sweeping survey of today's international economy and the tensions that are threatening and eroding its stability. Gilpin's vast knowledge of politics, economics, and technology are all convincingly on display here."—Ethan B. Kapstein—, Civilization

"This work is truly important . . . for the validation it gives to criticism of the political and social consequences of global capitalism."—Virginia Quarterly Review

"A masterful and original contribution to contemporary scholarly debates. . . . Gilpin's new study could not be more timely. This sophisticated exploration of the fragility of political support for an open world economy and of the conditions that could bring the 'Second Great Age' to an end is much more than required reading for our students."—Louis W. Pauly, Journal of Politics

"The Challenge of Global Capitalism describes the opportunities, the complexities, and the risks inherent in the globalized economy with the clarity and breadth of analysis characteristic of Robert Gilpin. His cool and balanced appraisal is a needed antidote to the sense of triumphalism that characterizes too much of American thinking at the end of the century. Required reading for students of political economy."—Paul A. Volcker, Former Chairman, Board of Governors, Federal Reserve

"The demise of the Soviet Empire did not bring about the new World Order. Indeed, 'market economy' and 'democracy' have become buzzwords for everybody. However, what we see today is increasingly unstable and under-governed global economy. Robert Gilpin's The Challenge of Global Capitalism explores what went wrong and convincingly calls for effective international leadership and strengthened cooperation among the major industrialized powers."—Toyoo Gyohten, President of Institute for International Monetary Affairs

"The Challenge of Global Capitalism is an authoritative review of the major aspects of today's world political economy by the world's leading political scientist working on the subject. It offers a clear description of a whole array of contemporary issues, a sustained critique of the economist's viewpoint—the most cogent by a political scientist of which I am aware—and some genuinely new material for scholars and students. All of this is explained through the author's distinctive perspective."—Robert O. Keohane, Duke University

"Robert Gilpin is among the giants in the field of international political economy. His new book reminds readers why. It also offers compelling evidence of an acute intelligence and a roving eye that misses nothing significant about the evolving world economy. A tour de force!"—Jagdish Bhagwati, Arthur Lehman Professor of Economics and Professor of Political Science, Columbia University