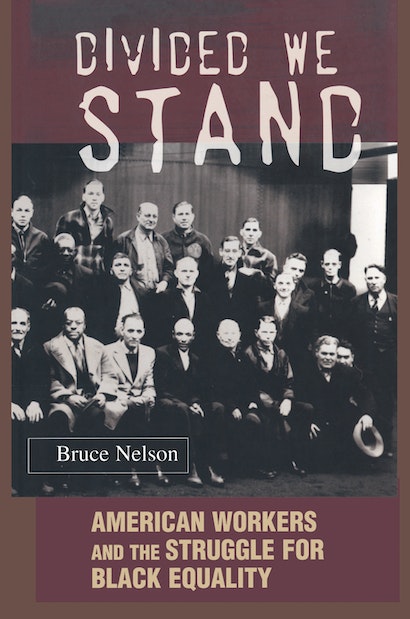 Divided We Stand is a study of how class and race have intersected in American society — above all, in the “making” and remaking of the American working class in the nineteenth and twentieth centuries. Focusing mainly on longshoremen in the ports of New York, New Orleans, and Los Angeles, and on steelworkers in many of the nation’s steel towns, it examines how European immigrants became American and “white” in the crucible of the industrial workplace and the ethnic and working-class neighborhood.


As workers organized on the job, especially during the overlapping CIO and civil rights eras in the middle third of the twentieth century, trade unions became a vital arena in which “old” and “new” immigrants and black migrants forged new alliances and identities and tested the limits not only of class solidarity but of American democracy. The most volatile force in this regard was the civil rights movement. As it crested in the 1950s and ’60s, “the Movement” confronted unions anew with the question, “Which side are you on?” This book demonstrates the complex ways in which labor organizations answered that question and the complex relationships between union leaders and diverse rank-and-file constituencies in addressing it.

Divided We Stand includes vivid examples of white working-class “agency” in the construction of racially discriminatory employment structures. But Nelson is less concerned with racism as such than with the concrete historical circumstances in which racialized class identities emerged and developed. This leads him to a detailed and often fascinating consideration of white, working-class ethnicity but also to a careful analysis of black workers — their conditions of work, their aspirations and identities, their struggles for equality. Making its case with passion and clarity, Divided We Stand will be a compelling and controversial book.

Bruce Nelson is Professor of History at Dartmouth College. His first book, Workers on the Waterfront, was awarded the Frederick Jackson Turner Prize by the Organization of American Historians. His next book will be an exploration of the process of "becoming Irish" in the Irish diaspora, with a particular focus on the ports of New York and Liverpool. 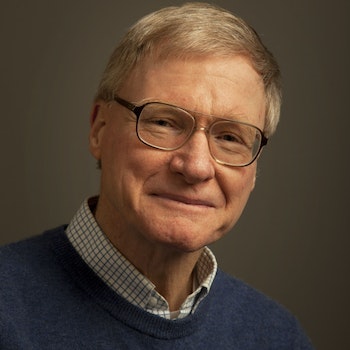 "A superbly written, intellectually exciting and pioneering book . . . Nelson weds detailed research with indepth interviews, oral histories and his own first-hand experience . . . With grace and acuity, Nelson unites his far-ranging concerns [and] successfully argues that race and ethnicity have long been central issues in the labor movement . . . This book has the potential to profoundly change how we read and think about American history."—Publishers Weekly

"This study moves labor historians one step closer to the overarching synthesis that has eluded them for over 30 years . . . This is an important piece of scholarship that deserves wide attention and debate."—Choice

"A powerful and disturbing book about the nature of race relations in working-class America."—Peter Cole, History: Reviews of New Books

"A valuable contribution to the increasingly acrimonious debate over the meaning, content, and significance of white racial identity in American labor history."—Steven A. Reich, Journal of Southern History

"By placing working-class white racism and black resistance strategies at the forefront of his study, Nelson's Divided We Stand reinforces recent scholarship on the interplay of class and race formation in nineteenth and twentieth century United States and African American history."—Joe W. Trotter, Journal of American Ethnic History

"A landmark study of race and trade unionism in longshoring and steel from the rise of heavy industry in the late 1800s to its decline in the 1980s. . . . Nelson digs deeply into archival sources and oral interviews to describe real workers and their shop-floor experience in compelling detail."—Frank Towers, The Historian

"Few books fundamentally reshape intellectual and political debates. This one deserves and promises to do so. No scholar since W.E.B. Du Bois has brought to the study of race and labor in the United States such broad sweep, human detail, and conceptual sophistication. None has given us an account which so aptly combines balanced judgments with a tone which is at once tragic and sympathetic."—David Roediger, University of Illinois at Urbana-Champaign

"Divided We Stand skillfully examines the complex and often contradictory history of the American labor movement through the shifting contexts of racial and class hierarchies. Superbly crafted and clearly argued, Divided We Stand explains how and why race was so central to the making of the white American working class. In this impressive study, Bruce Nelson shows how the new labor history should be written."—Manning Marable, Columbia University

"Divided We Stand is our twenty-first-century 'Making of the American Working Class.' Combining the passion and insight of E. P. Thompson and W.E.B. DuBois, Bruce Nelson tells the story of class and racial formation on the docks and steel mills and explains why solidarity can never be built on mere 'stomach equality.' While presenting an irrefutable case for white racism as American labor's Achille's heel, Nelson never accepts the outcome as a fait accompli. On the contrary, you will discover challenges to white supremacy, paths not taken, and possibilities not yet realized that can point the way to the unmaking of American racism and the remaking of a revitalized labor movement built on racial justice."—Robin D. G. Kelley, author of Race Rebels: Culture, Politics, and the Black Working Class

"In a series of important articles over the past few years, Bruce Nelson has established himself as one of the foremost historians writing on the explosive issue of race and labor in the twentieth century. Divided We Stand is therefore a much-anticipated book. It will attract a good deal of attention, and deservedly so. It is an outstanding work of history."—Kevin Boyle, University of Massachusetts