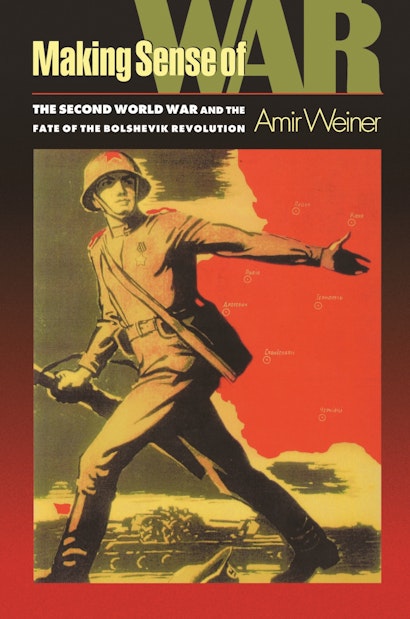 In Making Sense of War, Amir Weiner reconceptualizes the entire historical experience of the Soviet Union from a new perspective, that of World War II. Breaking with the conventional interpretation that views World War II as a post-revolutionary addendum, Weiner situates this event at the crux of the development of the Soviet — not just the Stalinist — system. Through a richly detailed look at Soviet society as a whole, and at one Ukrainian region in particular, the author shows how World War II came to define the ways in which members of the political elite as well as ordinary citizens viewed the world and acted upon their beliefs and ideologies.


The book explores the creation of the myth of the war against the historiography of modern schemes for social engineering, the Holocaust, ethnic deportations, collaboration, and postwar settlements. For communist true believers, World War II was the purgatory of the revolution, the final cleansing of Soviet society of the remaining elusive “human weeds” who intruded upon socialist harmony, and it brought the polity to the brink of communism. Those ridden with doubts turned to the war as a redemption for past wrongs of the regime, while others hoped it would be the death blow to an evil enterprise. For all, it was the Armageddon of the Bolshevik Revolution. The result of Weiner’s inquiry is a bold, compelling new picture of a Soviet Union both reinforced and enfeebled by the experience of total war.

Amir Weiner is Assistant Professor of History at Stanford University.

"I know no other book that systematically relates World War II and postwar Soviet experience to the whole of Soviet history. The book's originality and its exhaustive research make it truly interesting. Making Sense of War will be an important contribution to the field not only of Russian and Ukrainian history but of European history in general. In a word, this is a tour de force of new scholarship on the Soviet Union."—Hiroaki Kuromiya, Indiana University