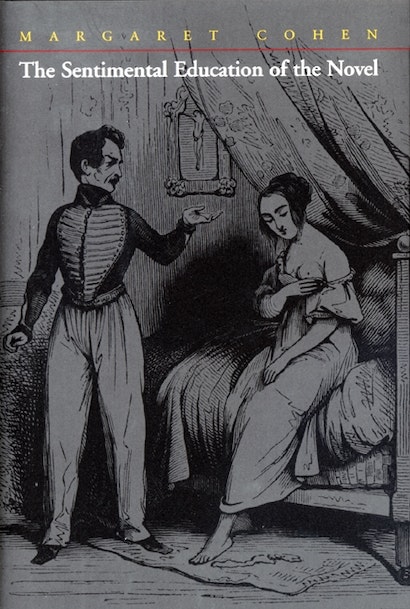 The nineteenth-century French novel has long been seen as the heroic production of great men, who confronted in their works the social consequences of the French Revolution. And it is true that French realism, especially as developed by Balzac and Stendhal, was one of the most influential novelistic forms ever invented. Margaret Cohen, however, challenges the traditional account of the genesis of realism by returning Balzac and Stendhal to the forgotten novelistic contexts of their time. Reconstructing a key formative period for the novel, she shows how realist codes emerged in a “hostile take-over” of a prestigious contemporary sentimental practice of the novel, which was almost completely dominated by women writers.


Cohen draws on impressive archival research, resurrecting scores of forgotten nineteenth-century novels, to demonstrate that the codes most closely identified with realism were actually the invention of sentimentality, a powerful aesthetic of emerging liberal-democratic society, although Balzac and Stendhal trivialized sentimental works by associating them with “frivolous” women writers and readers. Attention to these gendered struggles over genre explains why women were not pioneers of realism in France during the nineteenth century, a situation that contrasts with England, where women writers played a formative role in inventing the modern realist novel. Cohen argues that to understand how literary codes respond to material factors, it is imperative to see how such factors take shape within the literary field as well as within society as a whole. The book also proposes that attention to literature as a social institution will help critics resolve the current, vital question of how to practice literary history in the wake of poststructuralism.

Margaret Cohen is Professor of Comparative Literature at New York University. She is the author of Profane Illumination: Walter Benjamin and the Paris of Surrealist Revolution and coeditor of Spectacles of Realism: Body, Gender, Genre and The Literary Channel.

"This is an important book. . . . Almost every page presents some salient point, proffers a useful fact, argues a question. . . . In short, a remarkable work, necessary, and highly recommended."—Armand E. Singer, European Legacy

"Carefully crafted, Cohen's book makes a persuasive argument about the relative value of prose realism and its chief rival in the sentimental social novel. Her book merits a large and appreciative audience of literary historians, theorists, and specialists in women's studies."—James Allen Smith, Nineteenth-Century French Studies

"This highly original and elegantly persuasive argument may well be one of the most important revisions of nineteenth-century French literary history to have appeared in the past five years."—Margaret Waller, Pomona College

"This is literary history and cultural analysis of striking significance. . . . [It] provides a remarkable example of feminist rethinking of classic problems in literary and cultural history."—Richard Terdiman, University of California, Santa Cruz