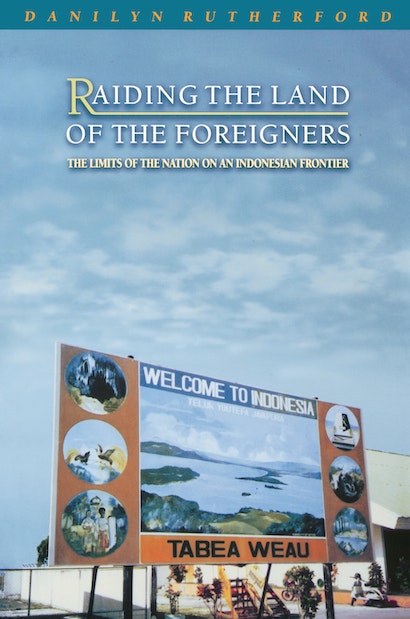 What are the limits of national belonging? Focusing on Biak — a set of islands off the coast of western New Guinea, in the Indonesian province of Irian Jaya — Danilyn Rutherford’s analysis calls for a rethinking of the nature of national identity.


With the resurgence of separatism in the province, Irian Jaya has become the focus of fears that the Indonesian nation is falling apart. Yet in the early 1990s, the fieldwork for this book was made possible by the government’s belief that Biaks were finally beginning to see themselves as Indonesians. Taking in the dynamics of Biak social life and the islands’ long history of millennial unrest, Rutherford shows how practices that indicated Biaks’ submission to national authority actually reproduced antinational understandings of space, time, and self. Approaching the foreign as a focus of longing in cultural arenas ranging from kinship to Christianity, Biaks participated in Indonesian national institutions without accepting the identities they promoted. Their remarkable response to the Indonesian government (and earlier polities laying claim to western New Guinea) suggests the limits of national identity and modernity, writ large.


This is one of the few books reporting on the volatile province of Irian Jaya. It offers a new way of thinking about the nation and its limits — one that moves beyond the conventions of both scholarship and recent journalism. It shows how people can “belong” to a nation yet maintain commitments that fall both short of and beyond the nation state.

Danilyn Rutherford is Assistant Professor of Anthropology at the University of Chicago.

"Raiding the Land of the Foreigners is an original book that provokes one to think anew issues of nationhood and national consciousness. It should be useful to scholars and others at the current historical moment when the need to rethink the Indonesian nation is so frighteningly urgent."—Patricia Spyer, Leiden University

"This is a highly sophisticated, polished, and at times dazzling piece of work by an author of deeply serious intellect. In many respects it exemplifies the very best potential to be found in contemporary anthropology."—Webb Keane, University of Michigan