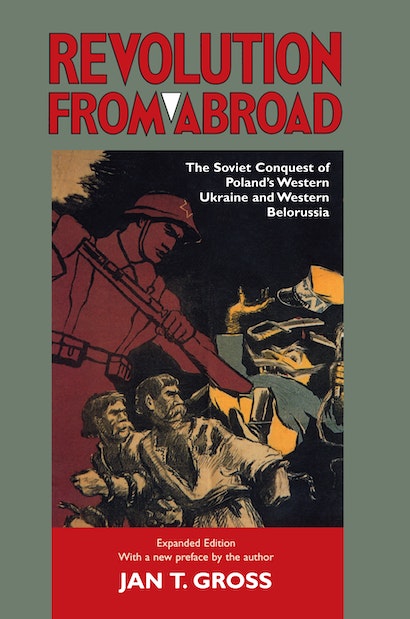 Jan Gross describes the terrors of the Soviet occupation of the lands that made up eastern Poland between the two world wars: the Western Ukraine and Western Belorussia. His lucid analysis of the revolution that came to Poland from abroad is based on hundreds of first-hand accounts of the hardship, suffering, and social chaos that accompanied the Sovietization of this poorest section of a poverty-stricken country. Woven into the author’s exploration of events from the Soviet’s German-supported aggression against Poland in September of 1939 to Germany’s attack on the Soviet Union in June 1941, these testimonies not only illuminate his conclusions about the nature of totalitarianism but also make a powerful statement of their own. Those who endured the imposition of Soviet rule and mass deportations to forced resettlement, labor camps, and prisons of the Soviet Union are here allowed to speak for themselves, and they do so with grim effectiveness.

Jan T. Gross is Professor of Politics and European Studies at New York University. He is the author of, among other books, Neighbors: The Destruction of the Jewish Community in Jedwabne, Poland, which was a finalist for the 2001 National Book Award, and a coeditor of The Politics of Retribution in Europe: World War II and Its Aftermath (both Princeton).

"[This] work is most welcome. . . . [A] detailed and fascinating case study. . . . [It] should be read by all students of Soviet history, sociology, and government."—Anna M. Cienciala, American Historical Review

"The detailed personal testimony on the killings, incarcerations, and deportations, and on Soviet policy in action is . . . convincing as well as dramatic and chilling."—Foreign Affairs