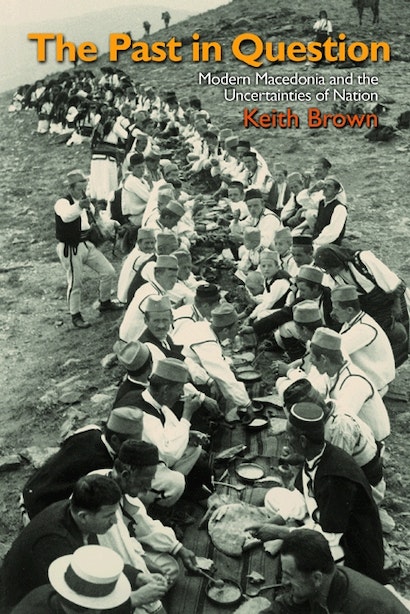 This book examines the relationship between national history, identity, and politics in twentieth-century Macedonia. It focuses on the reverberating power of events surrounding an armed uprising in August 1903, when a revolutionary organization challenged the forces of the Ottoman Empire by seizing control of the mountain town of Krusevo. A century later, Krusevo is part of the Republic of Macedonia and a site for yearly commemorations of 1903. In the course of the intervening hundred years, various communities have vied to establish an authoritative account of what happened in 1903 — and to weave those events into a longer and wider narrative of social, cultural, and national evolution.


Keith Brown examines how Krusevo’s residents, refugees, and exiles have participated — along with scholars, journalists, artists, bureaucrats, and politicians — in a conversation about their vexed past. By tracing different approaches to understanding, commemorating, and narrating the events of 1903, he shows how in this small mountain town the “magic of nationalism” by which destiny is written into particular historical events has neither failed nor wholly succeeded. Stories of heroism, self-sacrifice, and unity still rub against tales of treachery, score settling, and disaster as people come to terms with the legacies of imperialism, socialism, and nationalism. The efforts of Krusevo’s successive generations to transcend a past of intercommunal violence reveal how rival claims to knowledge and truth acquire vital significance during rapid social, economic, and political change.

Keith Brown is Assistant Professor at the Thomas J. Watson Institute for International Studies at Brown University. He is coeditor of The Usable Past: Greek Metahistories

"For anyone with a serious interest in the Balkans, this volume is an important confirmation of the complexity of this corner of Europe."—Choice

"Chimeras, dragons, and unicorns may not exist, but they are beautifully illustrated in this coffee-table book depicting images of fantastic beasts from the beginning of recorded time to the present. While there are other books on this subject, none is as comprehensive either chronologically or multiculturally."—Library Journal

"Keith Brown takes readers on a fascinating trip through time and space that reframes understandings of the''Macedonian Question. . . .' The Past in Question offers valuable lessons for scholars of nationalism, identity, socialism, and southeastern Europe by means of a theoretically sophisticated analysis that remains grounded in the empirical evidence of the Ilinden story."—Pamela Ballinger, Slavic Review

"Brown's book is well written, theoretically informed, and based on significant new archival and ethnographic research. As Clifford Geertz points out, good anthropology makes small facts speak to large issues. This is precisely what Brown does. Exploring how a variety of people, all citizens of the Republic of Macedonia, attempt to deal with 'the awkward details of the past,' he offers us an understanding of the contested nature of categories of collective identity."—Loring Danforth, Bates College

"Solidly anchored in both field and archival research in Macedonia, Keith Brown's book is an important and timely contribution to the comparative study of nationalism. One of its strengths is the careful and original documentation of the controversies that lie behind the conception and construction of national images and monuments, particularly as these concern the tensions between internationalist, nationalist and local visualizations of liberation. It provides the testimonies and analysis necessary to get beyond the truism that national identities are 'constructed,' as well as 'deeply felt,' to a real understanding of the interactions between local and supralocal forces at work in the realization of both individual and collective projects of identity-formation. The complex conjunction of local populations and state regimes in the Macedonian case effectively serves as a model for querying national identities more generally."—Laurie Kain Hart, Haverford College