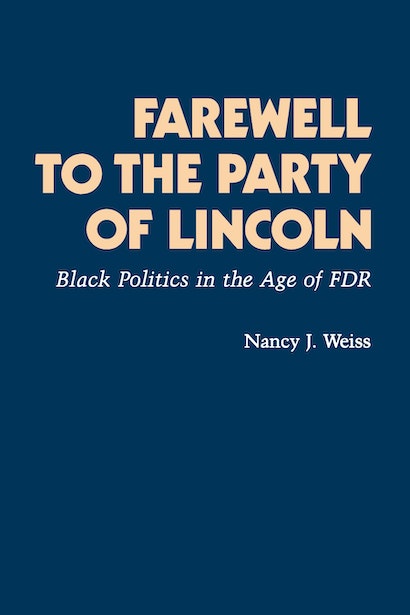 This book examines a remarkable political phenomenon — the dramatic shift of black voters from the Republican to the Democratic party in the 1930s, a shift all the more striking in light of the Democrats’ indifference to racial concerns. Nancy J. Weiss shows that blacks became Democrats in response to the economic benefits of the New Deal and that they voted for Franklin Roosevelt in spite of the New Deal’s lack of a substantive record on race.


By their support for FDR blacks forged a political commitment to the Democratic party that has lasted to our own time. The last group to join the New Deal coalition, they have been the group that remained the most loyal to the Democratic party. This book explains the sources of their commitment in the 1930s. It stresses the central role of economic concerns in shaping black political behavior and clarifies both the New Deal record on race and the extraordinary relationship between black voters and the Roosevelts.

Nancy J. Weiss is Professor of History at Princeton University and author of Charles Francis Murphy, 1858-1924: Respectability and Responsibility in Tammany Politics (Smith College) and The National Urban League, 1910-1940 (Oxford).

"An excellent piece of work that will make a significant contribution to our understanding of the New Deal as well as the experience of black Americans during the 1930s."—William H. Chafe, Duke University