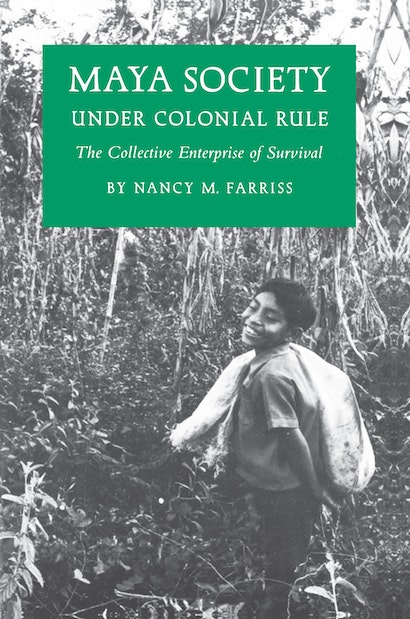 This book traces the history of the Maya Indians of Yucatan, Mexico,
during a four-hundred-year period from late preconquest times through
the end of Spanish rule in 1821. Nancy Farriss combines the tools of the
historian and the anthropologist to reconstruct colonial Maya society and
culture as a web of interlocking systems, from ecology and modes of
subsistence through the corporate family and the community to the realm
of the sacred. She shows how the Maya adapted to Spanish domination,
changing in ways that embodied Maya principles as they applied their
traditional collective strategies for survival to the new challenges; they fared better under colonial rule than the Aztecs or Incas, who lived in areas more economically attractive to the conquering Spaniards.

The author draws on archives and private collections in Seville, Mexico City, and Yucatan; on linguistic evidence from native language documents; and on archaeological and ethnographic data from sources that include her own fieldwork. Her innovative book illuminates not only Maya history and culture but also the nature and functioning of premodern agrarian societies in general and their processes of sociocultural change, especially under colonial rule.

"[T]his book deserves to become a classic because it is not only the best book on colonial Yucatan but also one of the best ever on Mesoamerica…. Its strongest point is that it is sheer scholarship, well conceived, researched, and written by one whose intellectual vision transcends the narrowing and arbitrary boundaries that separate the various academic disciplines in the social sciences and humanities."—Joseph A. Whitecotton, American Historical Review

"[A] remarkably comprehensive, impressive piece of work which opens a new era in our approach to the history of Indian society under Spanish rule."—David Brading, Times Literary Supplement