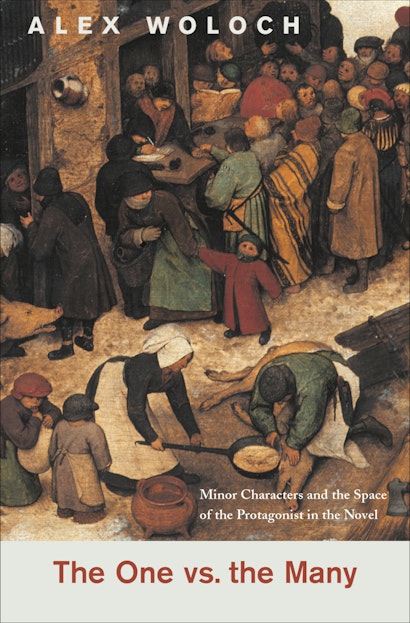 Does a novel focus on one life or many? Alex Woloch uses this simple question to develop a powerful new theory of the realist novel, based on how narratives distribute limited attention among a crowded field of characters. His argument has important implications for both literary studies and narrative theory.


Characterization has long been a troubled and neglected problem within literary theory. Through close readings of such novels as Pride and Prejudice, Great Expectations, and Le Père Goriot, Woloch demonstrates that the representation of any character takes place within a shifting field of narrative attention and obscurity. Each individual — whether the central figure or a radically subordinated one — emerges as a character only through his or her distinct and contingent space within the narrative as a whole. The “character-space,” as Woloch defines it, marks the dramatic interaction between an implied person and his or her delimited position within a narrative structure. The organization of, and clashes between, many character-spaces within a single narrative totality is essential to the novel’s very achievement and concerns, striking at issues central to narrative poetics, the aesthetics of realism, and the dynamics of literary representation.


Woloch’s discussion of character-space allows for a different history of the novel and a new definition of characterization itself. By making the implied person indispensable to our understanding of literary form, this book offers a forward-looking avenue for contemporary narrative theory.

Alex Woloch is Assistant Professor of English at Stanford University and is coeditor of Whose Freud?: The Place of Psychoanalysis in Contemporary Culture.

"Character is an unfashionable subject within the current doxa of literary studies, and one of the many strengths of Alex Woloch's study is his unabashed facing of the problem head-on. . . . This book insists on questions that have been skirted or marginalized, but cannot be made to go away."—Rachel Malik, New Left Review

"Reading Alex Woloch's The One vs. the Many, I found myself frequently reminded of de Man's drive to 'inscribe the polemics inside the question rather than having them determine it,' a critical gesture Woloch pulls off with a great deal of flair and elegance. . . . The implications of The One vs. the Many for the study of modernism will be profound. . . . [T]here is, after Woloch, fresh work to do."—Eric Hayot, Modernism/Modernity

"[The One vs. the Many explains] how the conflict between a character's full personhood and its narrative function is the key cultural reason for characterization and, more specifically, a main source of the realist novel's social significance. In doing so, the book ends a century's critical infighting with a visionary appreciation of the meaning of fictional people."—Jesse Matz, Modern Language Quarterly

"Of all the books on character in fiction, so strongly does this one impress you as being the one, that you find yourself embarrassed by a desire to write, under your own name, something 'just like it.' But because, even if you could appropriate its author's unique energy of idea and expression, your pride keeps you from becoming his clone, you renounce imitation for a less sincere form of flattery. You admire, judge, contest the book; borrow its argument, take it elsewhere, pretend you knew it all along. In short, against this transfiguration of minor fictional characters into major critical work, you consent to be one of 'the many.'"—D. A. Miller, University of California, Berkeley

"The One Vs. The Many is a work of epic clarity and conviction. Woloch has articulated with steady command what will no doubt be recognized as our most far-reaching account of fictional characterization. His new terrain is carved out with no undue fanfare or polemic, just a fresh investigative spirit. The result is not only revisionary but revitalizing: a theory likely to enter into the very idiom of critical discourse."—Garrett Stewart, University of Iowa

"This masterful study of characterization provides a learned, creative take on the creative process itself and a beautifully articulated argument about the tensions between psychological depth and social inclusiveness. At a time when character has been eclipsed by language, Woloch reintroduces character, relationship, society. This is what many young and old critics are yearning for."—Regenia Gagnier, University of Exeter