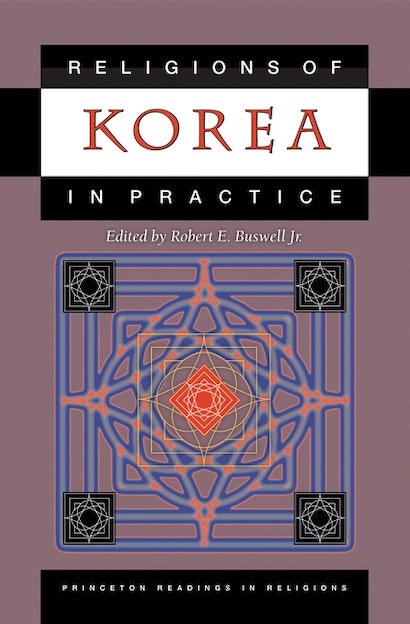 Korea has one of the most diverse religious cultures in the world today, with a range and breadth of religious practice virtually unrivaled by any other country. This volume in the Princeton Readings in Religions series is the first anthology in any language, including Korean, to bring together a comprehensive set of original sources covering the whole gamut of religious practice in both premodern and contemporary Korea.

Religions of Korea in Practice provides substantial coverage of contemporary Korean religious practice, especially the various Christian denominations and new indigenous religions. Each chapter includes an extensive translation of original sources on Korean religious practice, accompanied by an introduction that frames the significance of the selections and offers suggestions for further reading. This book will help any reader gain a better appreciation of the rich complexity of Korea’s religious culture.

Robert E. Buswell Jr. is Professor and former Chair of Asian Languages & Cultures at the University of California, Los Angeles, and founding director of the university's Center for Buddhist Studies and Center for Korean Studies. He is the author of The Zen Monastic Experience: Buddhist Practice in Contemporary Korea (Princeton), and editor in chief of The Encyclopedia of Buddhism.

"There is nothing else in English—or probably even Korean—that collects and presents so many authoritative sources on Korea's rich and varied religious traditions. Religions of Korea in Practice sets a standard of interpretive insight and access to Korean religious voices that will be very hard to surpass. The contributors are the world's most important English-speaking scholars of Korean religions."—Donald N. Clark, Trinity University, San Antonio

"With Religions of Korea in Practice, we finally get an anthology of highly reliable English translations of important Korean religious texts with scholarly commentaries that combine academic depth and readability. This is an extremely useful overview of the main traditions of Korean religions, with discussion of the focal issues of each tradition, as well as crucial personalities."—Vladimir Tikhonov, University of Oslo