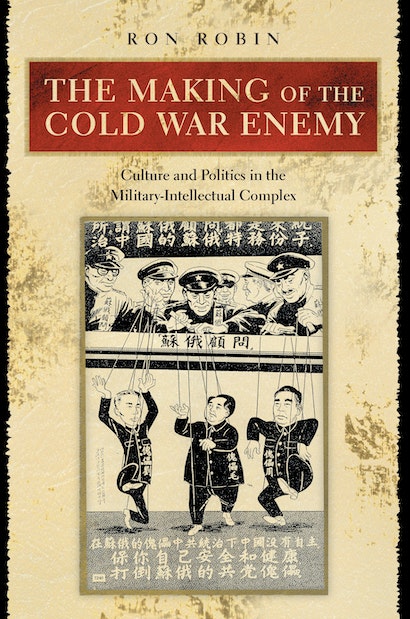 At the height of the Cold War, the U.S. government enlisted the aid of a select group of psychologists, sociologists, and political scientists to blueprint enemy behavior. Not only did these academics bring sophisticated concepts to what became a project of demonizing communist societies, but they influenced decision-making in the map rooms, prison camps, and battlefields of the Korean War and in Vietnam. With verve and insight, Ron Robin tells the intriguing story of the rise of behavioral scientists in government and how their potentially dangerous, “American” assumptions about human behavior would shape U.S. views of domestic disturbances and insurgencies in Third World countries for decades to come.


Based at government-funded think tanks, the experts devised provocative solutions for key Cold War dilemmas, including psychological warfare projects, negotiation strategies during the Korean armistice, and morale studies in the Vietnam era. Robin examines factors that shaped the scientists’ thinking and explores their psycho-cultural and rational choice explanations for enemy behavior. He reveals how the academics’ intolerance for complexity ultimately reduced the nation’s adversaries to borderline psychotics, ignored revolutionary social shifts in post-World War II Asia, and promoted the notion of a maniacal threat facing the United States.


Putting the issue of scientific validity aside, Robin presents the first extensive analysis of the intellectual underpinnings of Cold War behavioral sciences in a book that will be indispensable reading for anyone interested in the era and its legacy.

Ron Robin is Professor of History and Dean of Students at Haifa University in Israel. He is the author of Enclaves of America: The Rhetoric of American Political Architecture Abroad and The Barbed Wire College: Reeducating German POWs in the United States during World War II (both Princeton).

"Robin has not only significantly added to the literature on Korea and Vietnam but also given us an impressive historical consideration, at once moving and sobering, on the perils that occur when social science gets too close to policy. The book should be required reading in political science."—Anders Stephanson, International History Review

"An insightful addition to a growing body of literature assessing the intellectual history of Cold War America. Robin traces an expansive network linking universities, think tanks, and foundations to the psychological warfare strategies deployed on the battlefields of Korea and Vietnam. Robin's book provides an excellent analysis of the way that social scientific inquiry and Cold War policy reinforced each other. It will be of great interest to intellectual historians as well as scholars of American foreign relations.""—Michael E. Latham, The Journal of American History

"Brilliantly highlights the frailty and ultimately the absurdity of applying model theory to real-world problems. This is an academic gem."—Choice

"Although no reader is likely to be struck by the judiciousness of The Making of the Cold War Enemy, it merits the highest praise for its cogency, insights, and bite."—Stephen J. Whitfield, Journal of Cold War Studies

"While a good deal of work has been done on the role of academics in nuclear weapons research laboratories, Robin's study goes beyond the 'wizards of Armageddon' to focus on the role of academics and think tanks in the development of Cold War strategy. His study offers an original, and damning, assessment of the role of behavioralists and the willingness of academics to abandon inquiry in favor of conformity."—Walter L. Hixson, American Historical Review

"The Making of the Cold War Enemy presents an important perspective with far-reaching moral, political and intellectual implications regarding the post-WWII behavioral science project. . . . Robin's book thus deserves our careful consideration."—Mark Solovey, Journal of the History of the Behavioral Sciences

"A first-rate book by a first-rate historian. Among works on the Cold War, Ron Robin's book stands out on account of the sheer quality of its exposition and analysis and because of its attention to the less-studied and distinctly problematical field of behavior sciences. The Making of the Cold War Enemy will attract readers interested in the Cold War and its culture, American intellectual history, and the Korean and Vietnam wars."—Michael S. Sherry, Northwestern University

"Ron Robin has written a fascinating account of the ideology of Cold War America, focusing on the emergence of the behavioral sciences. Most historians take as a given the intellectual assumptions of the Cold War. But few have offered a critical examination of the thinking behind the entire enterprise and/or analyzed in any detail how and why particular concepts became dominant. Robin does both, brilliantly, in this book."—Marilyn B. Young, New York University