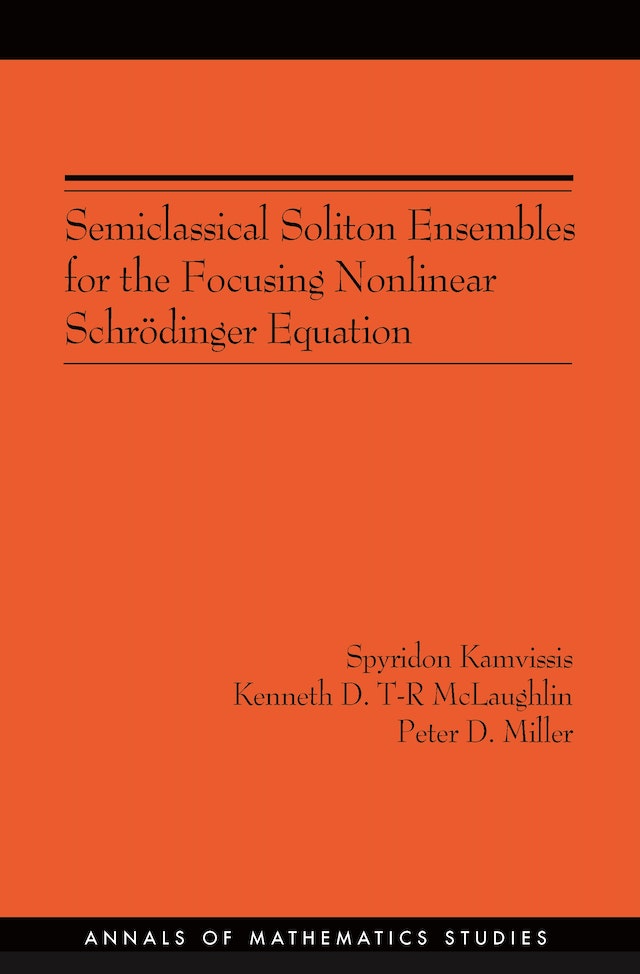 This book represents the first asymptotic analysis, via completely integrable techniques, of the initial value problem for the focusing nonlinear Schrödinger equation in the semiclassical asymptotic regime. This problem is a key model in nonlinear optical physics and has increasingly important applications in the telecommunications industry. The authors exploit complete integrability to establish pointwise asymptotics for this problem’s solution in the semiclassical regime and explicit integration for the underlying nonlinear, elliptic, partial differential equations suspected of governing the semiclassical behavior. In doing so they also aim to explain the observed gradient catastrophe for the underlying nonlinear elliptic partial differential equations, and to set forth a detailed, pointwise asymptotic description of the violent oscillations that emerge following the gradient catastrophe.


To achieve this, the authors have extended the reach of two powerful analytical techniques that have arisen through the asymptotic analysis of integrable systems: the Lax-Levermore-Venakides variational approach to singular limits in integrable systems, and Deift and Zhou’s nonlinear Steepest-Descent/Stationary Phase method for the analysis of Riemann-Hilbert problems. In particular, they introduce a systematic procedure for handling certain Riemann-Hilbert problems with poles accumulating on curves in the plane. This book, which includes an appendix on the use of the Fredholm theory for Riemann-Hilbert problems in the Hölder class, is intended for researchers and graduate students of applied mathematics and analysis, especially those with an interest in integrable systems, nonlinear waves, or complex analysis.