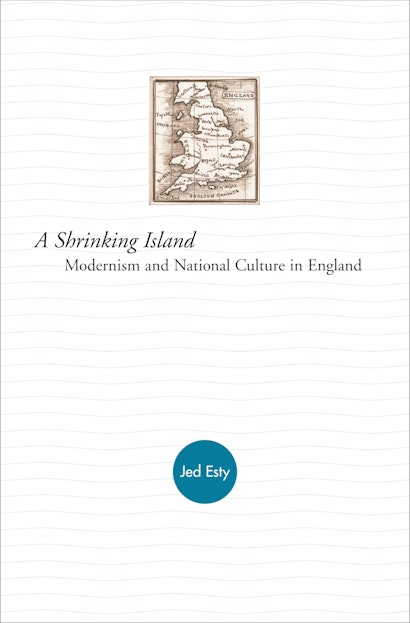 This book describes a major literary culture caught in the act of becoming minor. In 1939, Virginia Woolf wrote in her diary, “Civilisation has shrunk.” Her words captured not only the onset of World War II, but also a longer-term reversal of national fortune. The first comprehensive account of modernism and imperialism in England, A Shrinking Island tracks the joint eclipse of modernist aesthetics and British power from the literary experiments of the 1930s through the rise of cultural studies in the 1950s.


Jed Esty explores the effects of declining empire on modernist form — and on the very meaning of Englishness. He ranges from canonical figures (T. S. Eliot and Virginia Woolf) to influential midcentury intellectuals (J. M. Keynes and J.R.R. Tolkien), from cultural studies pioneers (Raymond Williams and E. P. Thompson) to postwar migrant writers (George Lamming and Doris Lessing). Focusing on writing that converts the potential energy of the contracting British state into the language of insular integrity, he argues that an anthropological ethos of cultural holism came home to roost in late-imperial England. Esty’s interpretation challenges popular myths about the death of English literature. It portrays the survivors of the modernist generation not as aesthetic dinosaurs, but as participants in the transition from empire to welfare state, from metropolitan art to national culture. Mixing literary criticism with postcolonial theory, his account of London modernism’s end-stages and after-lives provides a fresh take on major works while redrawing the lines between modernism and postmodernism.

Jed Esty is Assistant Professor in the Department of English and Unit for Criticism and Interpretive Theory at the University of Illinois, Urbana-Champaign.

"A vital, useful and impressive rereading of the aesthetics and politics of late modernism."—Royce Mahawatte, Times Literary Supplement

"Esty's argument . . . [is] profoundly stimulating, and is perhaps most convincing when he turns his attention (however briefly) to the writers who followed modernism. . . . [I]t definitely compels us to revise common assumptions about English literature of the last century."—Raphael Ingelbien, Belgian Journal of English Languages and Literature

"A brilliant study of the intricate relationship between late modernism and the shaping of English national culture. Without doubt, one of the best books on modernism and imperialism."—Simon Gikandi, University of Michigan

"This is a superb and stunningly mature first book that sustains both a conceptually ambitious thesis and scrupulous, sensitive, and patient attention to matters of literary form."—James Buzard, Massachusetts Institute of Technology