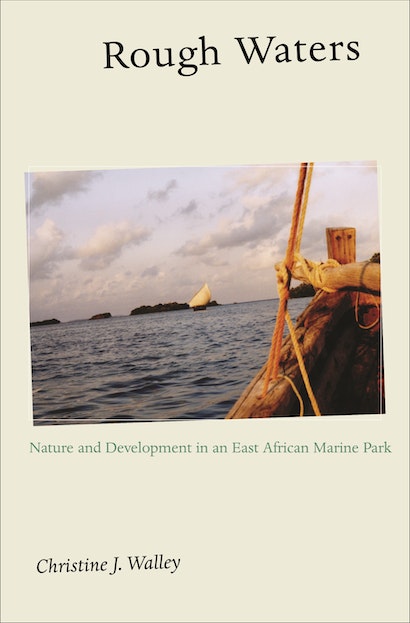 Rough Waters explores one of the most crucial problems of the contemporary era — struggles over access to, and use of, the environment. It combines insights from anthropology, history, and environmental studies, mounting an interdisciplinary challenge to contemporary accounts of “globalization.” The book focuses on The Mafia Island Marine Park, a national park in Tanzania that became the center of political conflict during its creation in the mid-1990s. The park, reflecting a new generation of internationally sponsored projects, was designed to encourage environmental conservation as well as development. Rather than excluding residents, as had been common in East Africa’s mainland wildlife parks, Mafia Island was intended to represent a new type of national park that would encourage the participation of area residents and incorporate their ideas.


While the park had been described in the project’s general management plan as “for the people and by the people,” residents remained excluded from the most basic decisions made about the park. The book details the day-to-day tensions and alliances that arose among Mafia residents, Tanzanian government officials, and representatives of international organizations, as each group attempted to control and define the park. Walley’s analysis argues that a technocentric approach to conservation and development can work to the detriment of both poorer people and the environment. It further suggests that the concept of the global may be inadequate for understanding this and other social dramas in the contemporary world.

Christine J. Walley is Associate Professor of Anthropology at the Massachusetts Institute of Technology

"The combination of an innovative structure and lucid, engaging prose enables Walley to present complex ideas and literatures in a consistently clear, coherent manner. She has a gift for distilling the key arguments, and her book offers novel insights into the process and practice of doing ethnographic research. One of the very best books I have read in recent years."—Dorothy L. Hodgson, Rutgers University

"An outstanding example of a theoretically informed and contemporary anthropology. Rich in research and highly readable, it will be of interest to readers in multiple fields."—Celia Lowe, University of Washington