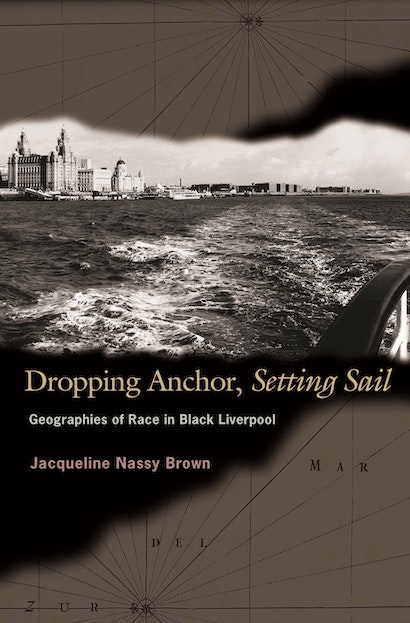 The port city of Liverpool, England, is home to one of the oldest Black communities in Britain. Its members proudly date their history back at least as far as the nineteenth century, with the global wanderings and eventual settlement of colonial African seamen. Jacqueline Nassy Brown analyzes how this worldly origin story supports an avowedly local Black politic and identity — a theme that becomes a window onto British politics of race, place, and nation, and Liverpool’s own contentious origin story as a gloriously cosmopolitan port of world-historical import that was nonetheless central to British slave trading and imperialism.


This ethnography also examines the rise and consequent dilemmas of Black identity. It captures the contradictions of diaspora in postcolonial Liverpool, where African and Afro-Caribbean heritages and transnational linkages with Black America both contribute to and compete with the local as a basis for authentic racial identity. Crisscrossing historical periods, rhetorical modes, and academic genres, the book focuses singularly on “place,” enabling its most radical move: its analysis of Black racial politics as enactments of English cultural premises. The insistent focus on English culture implies a further twist. Just as Blacks are racialized through appeals to their assumed Afro-Caribbean and African cultures, so too has Liverpool — an Irish, working-class city whose expansive port faces the world beyond Britain — long been beyond the pale of dominant notions of authentic Englishness. Dropping Anchor, Setting Sail studies “race” through clashing constructions of “Liverpool.”

Jacqueline Nassy Brown is Assistant Professor of Anthropology at Hunter College of the City University of New York.

"Take a tour around Black Liverpool, where race, sexuality, nation, and gender emerge from docksides, demonstrations, and dancehalls. Jacqueline Brown's Dropping Anchor, Setting Sail presses forward a new anthropology of place, in which place emerges with a cultural agency of its own. Blacks become 'Liverpool born,' and the local is simultaneously global and so very English. In this compelling account, Liverpool's place—and the making of race—come to life."—Anna Tsing, author of Friction: An Ethnography of Global Connection and In the Realm of the Diamond Queen

"Dropping Anchor, Setting Sail is one of the most nuanced, sophisticated, and ethnographically rigorous works on the process of racial formation available, stretching the analysis of 'race' well beyond the by now familiar somatic and political points of reference and theoretical debates. It is also an important and original contribution to our understanding of the spatial constitution of subjectivity and the African diaspora in a fascinating and little-researched ethnographic location."—Steven Gregory, Columbia University, author of Black Corona: Race and the Politics of Place in an Urban Community

"This eloquently written work engages with a variety of issues encompassing not just the discipline of anthropology but also sociology, race and ethnic studies, and black history. While acknowledging the contributions of others, Brown also contributes something new, both in terms of the theoretical underpinning she employs to the subject and in the fascinating ethnographic details she so expertly draws out of her subjects. This material is exciting and very significant."—Diane Frost, University of Liverpool, author of Work and Community among West African Migrant Workers since the Nineteenth Century