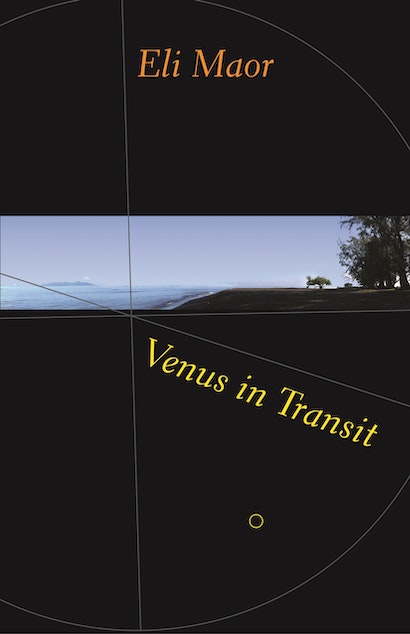 In 2004, Venus crossed the sun’s face for the first time since 1882. Some did not bother to step outside. Others planned for years, reserving tickets to see the transit in its entirety. But even this group of astronomers and experience seekers were attracted not by scientific purpose but by the event’s beauty, rarity, and perhaps — after this book — history. For previous sky-watchers, though, transits afforded the only chance to determine the all-important astronomical unit: the mean distance between earth and sun.


Eli Maor tells the intriguing tale of the five Venus transits previously observed and the fantastic efforts made to record them. This is a story of heroes and cowards, of reputations earned and squandered, all told against a backdrop of phenomenal geopolitical and scientific change.


With a novelist’s talent for the details that keep readers reading late, Maor tells the stories of how Kepler’s misguided theology led him to the laws of planetary motion; of obscure Jeremiah Horrocks, who predicted the 1639 transit only to die, at age 22, a day before he was to discuss the event with the only other human known to have seen it; of the unfortunate Le Gentil, whose decade of labor was rewarded with obscuring clouds, shipwreck, and the plundering of his estate by relatives who prematurely declared him dead; of David Rittenhouse, Father of American Astronomy, who was overcome by the 1769 transit’s onset and failed to record its beginning; and of Maximilian Hell, whose good name long suffered from the perusal of his transit notes by a color-blind critic.


Moving beyond individual fates, Maor chronicles how governments’ participation in the first international scientific effort — the observation of the 1761 transit from seventy stations, yielding a surprisingly accurate calculation of the astronomical unit using Edmund Halley’s posthumous directions — intersected with the Seven Years’ War, British South Seas expansion, and growing American scientific prominence. Throughout, Maor guides readers to the upcoming Venus transits in 2004 and 2012, opportunities to witness a phenomenon seen by no living person and not to be repeated until 2117.

Eli Maor teaches History of Mathematics at Loyola University in Chicago. He is author of e: The Story of a Number, Trigonometric Delights, and To Infinity and Beyond (all Princeton).

"Maor brings science history vividly alive in a manner reminiscent of Eco, with tales of eccentric astronomers, political corruption, and conspiracy. A delight to anyone interested in astronomy or the history of science."—Booklist

"Eli Maor's book is primarily a straightforward historical account of the five observed transits of Venus. . . . [It] will appeal to readers who enjoy an easy-going story."—Journal of the British Astronomical Association

"[Maor] reminds the reader what a long and circuitous route science has traveled to take the measure of the world around us."—Laurence A. Marschall, The Sciences

"In the course of recounting important transits of the past, Maor introduces us to some of the forgotten personalities in the history of astronomy."—Dan Falk, The Toronto Globe and Mail

"Maor examines the international intrigue, history, mystery, and science of what was considered an extremely important event that helped determine the accurate measure of the distance from Earth to the Sun."—Mercury

"A small gem of a book. . . . Maor explains with grace, clarity and wit why this event is so rare, and describes the heroic efforts and frequent misadventures involved in attempts to observe the five transits that have occurred in the almost 400 years since Johannes Kepler, the discoverer of the laws of planetary motion that bear his name, predicted their occurrence."—Jeffrey Marsh, The Washington Times

"Brimming with historical anecdote and up-to-date information, this book provides much more than a simple introduction to two of the most anticipated celestial events of the 21st century. . . .It chronicles the fervor, triumph, and folly that accompanied the last five transits of Venus witnessed by Western civilization . . . This book will please the history aficionado and the most ardent amateur astronomer."—William Schomaker, Astronomy

"This book will fascinate those interested in chasing rare astronomical events."—Choice

"I enjoyed Maor's book; it is written in an easy, clear, anecdotal way that makes great bedtime reading."—Done Fernie, Nature

"Nobody alive has seen a transit of Venus, and if you miss the 2004 and 2012 events you will not have another chance. If you are interested in transit history, read Maor."—John Westfall, Sky and Telescope

"June 8, 2004: Venus in Transit is short and entertaining. This book is an engaging retelling of the story for a popular audience."—James Evans, ISIS

"Venus in Transit is a well written and documented account of previous transits, giving a real flavor of the characters involved and their achievements and disappointments in observing this rare event."—Astronomy Now

"The book gathers much historical information not readily available, on a topic not frequently treated . . . an entertaining book, readily understandable to a general audience."—Jack Zirker, author of Total Eclipses of the Sun

"This is a very well-written book, providing a wealth of historical facts."—Joe Rao, Hayden Planetarium