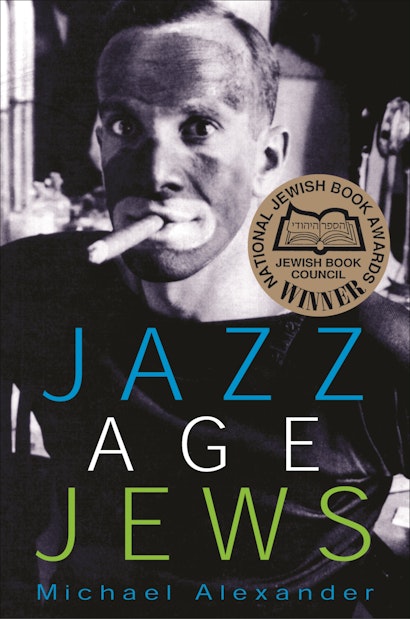 By the 1920s, Jews were — by all economic, political, and cultural measures of the day — making it in America. But as these children of immigrants took their places in American society, many deliberately identified with groups that remained excluded. Despite their success, Jews embraced resistance more than acculturation, preferring marginal status to assimilation.


The stories of Al Jolson, Felix Frankfurter, and Arnold Rothstein are told together to explore this paradox in the psychology of American Jewry. All three Jews were born in the 1880s, grew up around American Jewish ghettos, married gentile women, entered the middle class, and rose to national fame. All three also became heroes to the American Jewish community for their association with events that galvanized the country and defined the Jazz Age. Rothstein allegedly fixed the 1919 World Series — an accusation this book disputes. Frankfurter defended the Italian anarchists Sacco and Vanzetti. Jolson brought jazz music to Hollywood for the first talking film, The Jazz Singer, and regularly impersonated African Americans in blackface. Each of these men represented a version of the American outsider, and American Jews celebrated them for it.


Michael Alexander’s gracefully written account profoundly complicates the history of immigrants in America. It challenges charges that anti-Semitism exclusively or even mostly explains Jews’ feelings of marginality, while it calls for a general rethinking of positions that have assumed an immigrant quest for inclusion into the white American mainstream. Rather, Alexander argues that Jewish outsider status stemmed from the group identity Jews brought with them to this country in the form of the theology of exile. Jazz Age Jews shows that most Jews felt culturally obliged to mark themselves as different — and believed that doing so made them both better Jews and better Americans.

Michael Alexander is Assistant Professor of History and Jewish Studies at the University of Oklahoma.

"A fascinating study. . . . Jazz Age Jews covers its subject without padding or pedantry. . . . A book that takes strong, interesting positions on how the Jews made their way into mainstream America."—Sanford Pinsker, Philadelphia Inquirer

"[A] deft and provocative book. . . . [Alexander] paints a vivid portrait of popular anti-Semitism of the time. . . . His arguments in the first two sections are dazzling. . . . Alexander's commentary is elucidating and insightful, an important contribution to both Jewish and cultural studies."—Publishers Weekly

"As [Alexander] points out, of all America's ethnic minorities, only the Jazz Age Jews seemed to care for the downtrodden in other groups. . . . If this is revisionist history, I like it."—Michael Freedland, Jewish Chronicle

"Jazz Age Jews is an accessible and informative contribution to the ongoing dialogue about American Jewish acculturation in the early part of the twentieth century."—Andrea Most, American Jewish History

"Michael Alexander's Jazz Age Jews is an imaginative interpretation of American Jewish history. Beautifully and forcefully written, this account focuses on how Jews in the United States have perceived of themselves as outsiders. Alexander's arguments will raise eyebrows, infuriate some, and stimulate widespread discussion. Nonetheless, his approach may be a forerunner of a new way to examine American Jewish history."—Leonard Dinnerstein, author of Anti-Semitism in America, America and the Survivors of the Holocaust, and The Leo Frank Case

"Jazz Age Jews is a significant contribution to our understanding of American Jewish culture and society. It reinterprets the meaning of Jewish identification with the outsider in the 1920s and demonstrates the profound impact such Jewish behavior and beliefs had on American culture. Alexander knows how to tell a good story and has chosen wonderful case studies as the means to spin his narratives. With new ideas on almost every page, this is an excellent book."—Deborah Dash Moore, author of At Home in America