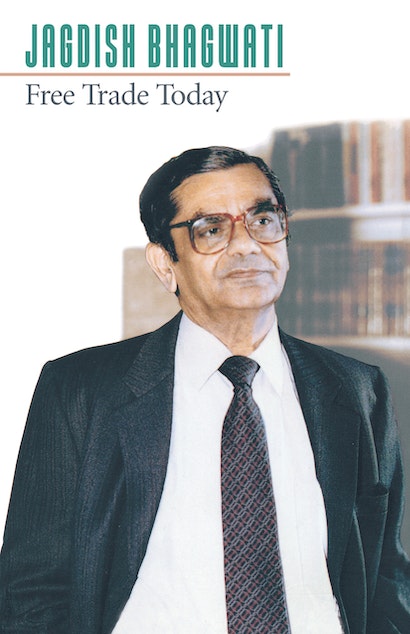 Free trade, indeed economic globalization generally, is under siege. The conventional arguments for protectionism have been discredited but not banished. And free trade faces strong new challenges from a variety of groups, including environmentalists and human rights activists as well as traditional lobbies who wrap their agendas in the language of justice and rights. These groups, claiming a general interest and denouncing free trade as a special interest of corporations and other capitalist forces, have organized large and vocal protests in Seattle, Prague, and elsewhere.

Based on his acclaimed Stockholm lectures and picking up where his widely influential Protectionism left off, Jagdish Bhagwati applies critical insights from revolutionary developments in commercial policy theory — many his own — to show how the pursuit of social and environmental agendas can be creatively reconciled with the pursuit of free trade. Indeed, he argues that free trade, by raising living standards, can serve these agendas far better than can a descent into trade sanctions and restrictions.

After settling the score in favor of free trade, Professor Bhagwati considers alternative ways in which it can be pursued. Chiefly, he argues in support of multilateralism and advances a withering critique of recent bilateral and regional free trade agreements (including NAFTA) as preferential arrangements that introduce growing chaos into the world trading system. He also makes a strong case for “going it alone” on the road to trade liberalization and endorses the reemergence of unilateral liberalization at points around the globe.

Forcefully, elegantly, and clearly written for the public by one of the foremost economic thinkers of our day, this volume is not merely accessible but essential reading for anyone interested in economic policy or in the world economy.

Jagdish Bhagwati is University Professor at Columbia University and André Meyer Senior Fellow in International Economics at the Council on Foreign Relations. An external adviser to the Director General of the World Trade Organization, he has been Economic Policy Adviser to the Director General, GATT, and Special Adviser to the United Nations on Globalization. He is the author of several volumes and he has been honored with three festschrifts. He has received several honorary degrees and awards, including the Bernhard Harms Prize, the Freedom Prize, and the Seidman Distinguished Award in Political Economy.

"A delight to read; and Bhagwati's irrepressible personality bubbles through on every page. . . . [A] ride that is worth the ticket."—Robert Lawrence, Financial Times

"Jagdish Bhagwati is a very distinguished writer, with a world reputation as a careful but passionate proponent of free trade."—Times Literary Supplement

"One of the best things about the book is that it confounds stereotypes. Mr. Bhagwati, it emerges clearly, is a liberal in both the old and new senses of the word: he is for free trade, but he is for ambitious social policies too."—The Economist

"The book is breezy and nontechnical in style, yet highly sophisticated in content. [Bhagwati] provides a spirited riposte to all critics, to whom he pays respect by taking them seriously. He then proceeds to demolish their positions, finding them in logical error, empirically unsupported, or reflecting valid concerns that are better addressed directly rather than indirectly by restricting trade, which would impose unnecessary costs."—Foreign Affairs

"A presentation by a future Nobel Laureate."—Frankfurter Allgemeine Zeitung

"Free Trade Today . . . is entertaining and scholarly and, of course, authoritative. . . . Bhagwati is magisterial, dealing succinctly with general theory and its application to current debates."—L. Alan Winters, International Finance

"A pleasure to read—unusually for an economist, Bhagwati writes with wit and verve."—Vijay Joshi and Robert Skidelsky, New York Review of Books

"Jagdish Bhagwati combines impressive theoretical skills with a rare talent for clear exposition. He has had a profound influence on trade policy thinking among scholars and practitioners. Once again he brings his formidable analytical gifts to bear in these lectures. They should be read by everybody who wants to understand the case for trade and why it sometimes seems so difficult to make that case."—Michael Moore, Director General, World Trade Organization

"Professor Bhagwati is our most powerful and persuasive advocate of free trade. In this book he does two important things: he punctures all the standard false arguments for protection, and he uses the modern theory of commercial policy to suggest how a balanced approach to trade and social policy might look. And all of this comes in a compact, lively, and readable package."—Robert M. Solow, Massachusetts Institute of Technology, 1987 Nobel Laureate in Economic Sciences

"Trade liberalization in the second half of the twentieth century brought huge benefits, especially to those less-developed countries which seized the new opportunities. Now these gains are being threatened by 'Seattle-person,' the offspring of an alliance between forces of ignorance and special interests. Jagdish Bhagwati's courageous stand against this threat merits our admiration. His rigorous yet lively restatement of the case for free trade should be required reading for all participants in the public debate on globalization."—Avinash K. Dixit, Princeton University

"Bhagwati is the prime warrior for free trade. In this splendid book, he encapsulates all major arguments in favor of free trade and debunks many arguments against it in a lucid and entertaining style. The arguments are up to date, addressing all key issues of the last decade."—Elhanan Helpman, Harvard University and Tel Aviv University

"Jagdish Bhagwati is easily the most creative international trade theorist of his generation, whose work has changed fundamentally the way we now think about free trade and protection. He is also our leader in the fight for freer trade: his witty, graceful, and incisive op-eds and reviews in the leading magazines and newspapers worldwide and his public debates deliver unceasingly the coup de grace to the myriad critics of free trade. Free Trade Today, which brings under one rubric the deep insights from modern theory—much of it his own work—to refute these critics, is a tour de force."—Arvind Panagariya, University of Maryland and Chief Economist, Asian Development Bank

"With customary wit and insight, Jagdish Bhagwati demonstrates the relevance of the theory of commercial policy, in which he was the leading pioneer, to current trade policy debates. The analysis is sharp and pungent, and the writing a delight—a must read for anyone interested in trade policy!"—Douglas A. Irwin, Dartmouth College, author of Free Trade Under Fire and Against the Tide: An Intellectual History of Free Trade