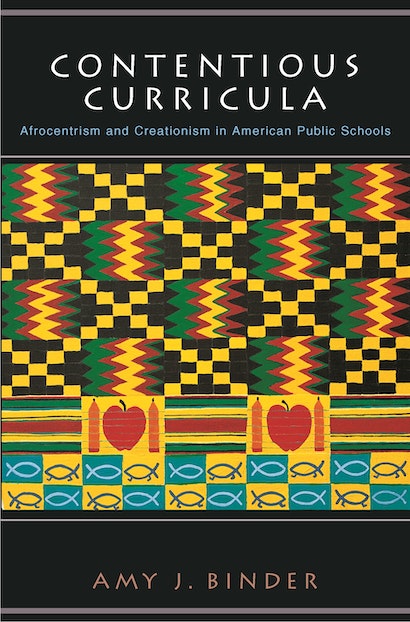 This book compares two challenges made to American public school curricula in the 1980s and 1990s. It identifies striking similarities between proponents of Afrocentrism and creationism, accounts for their differential outcomes, and draws important conclusions for the study of culture, organizations, and social movements.


Amy Binder gives a brief history of both movements and then describes how their challenges played out in seven school districts. Despite their very different constituencies — inner-city African American cultural essentialists and predominately white suburban Christian conservatives — Afrocentrists and creationists had much in common. Both made similar arguments about oppression and their children’s well-being, both faced skepticism from educators about their factual claims, and both mounted their challenges through bureaucratic channels. In each case, challenged school systems were ultimately able to minimize or reject challengers’ demands, but the process varied by case and type of challenge. Binder finds that Afrocentrists were more successful in advancing their cause than were creationists because they appeared to offer a solution to the real problem of urban school failure, met with more administrative sympathy toward their complaints of historic exclusion, sought to alter lower-prestige curricula (history, not science), and faced opponents who lacked a legal remedy comparable to the rule of church-state separation invoked by creationism’s opponents.


Binder’s analysis yields several lessons for social movements research, suggesting that researchers need to pay greater attention to how movements seek to influence bureaucratic decision making, often from within. It also demonstrates the benefits of examining discursive, structural, and institutional factors in concert.

Amy J. Binder is Assistant Professor of Sociology at the University of Southern California.

"[A] provocative and engaging book. . . . As different as the two movements and their constituents were, Binder astutely shows that both used the rhetoric of pluralism, among other shared tactics, to make their cases."—Teacher

"A useful addition to the corpus of social movement studies. Amy Binder presents a valuable analysis of attempts to change an institution."—Joseph R. Gusfield, Contemporary Sociology

"Definitely worth reading, both as a good introduction to the literature on social movements and to what such analyses can bring to scholarship on the politics of educational reforms. It also has significant things to say both to those of us who are concerned about how the extension of democracy can function in paradoxical ways in education and to those readers who have a commitment to understanding the complexities of cultural pluralism and multiculturalism."—Michael Apple, Educational Policy

"Binder carefully considers the scholarly literature of social movements and makes a contribution to it by examining social movements focusing on the impact of these movements on subnational governmental units."—Choice

"The genius of this study is the comparison between two social movements that are ostensibly quite different in their constituencies but are structurally nearly identical. The author leverages this comparison to produce insights about each movement that would otherwise be elusive. Enjoyably written and always clear, it is a significant contribution to the study of culture and to the field of social movements research."—Paul DiMaggio, Princeton University

"Rarely have I so thoroughly endorsed a book, nor found so little to quarrel with in its focus, organization, or even textual detail. What makes Binder's book so important is that, while borrowing much from mainstream social movements theory, it also broadens the field considerably both by incorporating insights from a host of other literatures and by studying a form of institutionalized contention that has been largely ignored by other scholars."—Doug McAdam, Stanford University