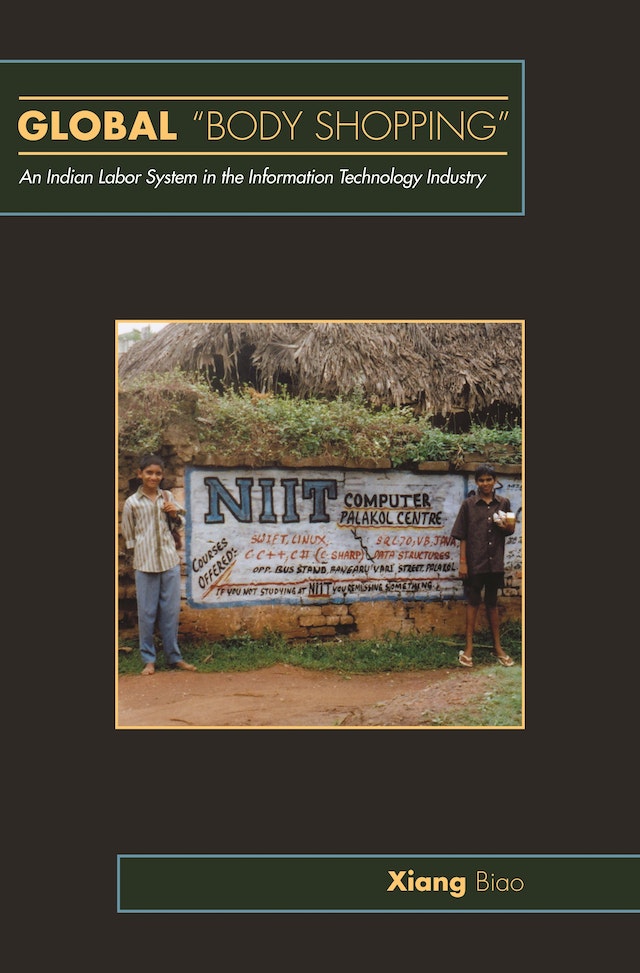 How can America’s information technology (IT) industry predict serious labor shortages while at the same time laying off tens of thousands of employees annually? The answer is the industry’s flexible labor management system — a flexibility widely regarded as the modus operandi of global capitalism today. Global “Body Shopping” explores how flexibility and uncertainty in the IT labor market are constructed and sustained through concrete human actions.


Drawing on in-depth field research in southern India and in Australia, and folding an ethnography into a political economy examination, Xiang Biao offers a richly detailed analysis of the India-based global labor management practice known as “body shopping.” In this practice, a group of consultants — body shops — in different countries works together to recruit IT workers. Body shops then farm out workers to clients as project-based labor; and upon a project’s completion they either place the workers with a different client or “bench” them to await the next placement. Thus, labor is managed globally to serve volatile capital movement.


Underpinning this practice are unequal socioeconomic relations on multiple levels. While wealth in the New Economy is created in an increasingly abstract manner, everyday realities — stock markets in New York, benched IT workers in Sydney, dowries in Hyderabad, and women and children in Indian villages — sustain this flexibility.

Xiang Biao is Academic Fellow at the Institute of Social and Cultural Anthropology and the Centre on Migration, Policy and Society at the University of Oxford. He is the author of Transcending Boundaries.

"Bravura ethnographic reportage. Of the many manuscripts and books I have read on anthropological forays into globalization issues, this is the one I would most want my students to have as an exemplar as they plan their research."—George E. Marcus, Rice University, coauthor of Anthropology as Cultural Critique

"This book is a wonderful contribution to the anthropology of transnationalism and the sociology of labor. It is also a really innovative analysis of an important new professional cadre that is of crucial importance to globalization."—Peter van der Veer, Utrecht University, author of Imperial Encounters: Religion and Modernity in Britain and India

"This is the first extended study of body shopping, a global system for training, managing, and circulating skilled labor. In this multisited analysis, Xiang Biao traces the links between Indian kinship and mobile professionals, Indian body shops and Western corporations, and Asian outsourcing and the rise of new entrepreneurs."—Aihwa Ong, University of California, Berkeley, author of Buddha Is Hiding: Refugees, Citizenship, the New America