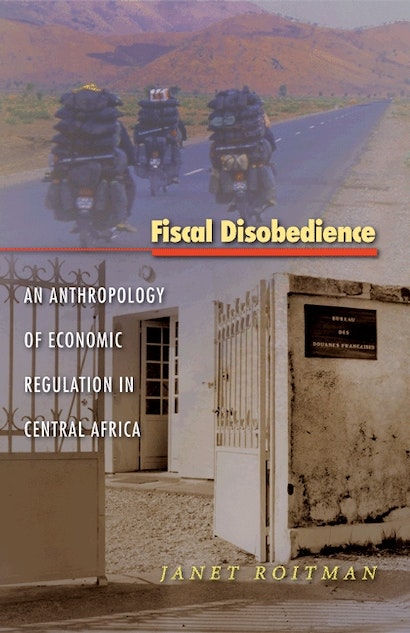 Fiscal Disobedience represents a novel approach to the question of citizenship amid the changing global economy and the fiscal crisis of the nation-state. Focusing on economic practices in the Chad Basin of Africa, Janet Roitman combines thorough ethnographic fieldwork with sophisticated analysis of key ideas of political economy to examine the contentious nature of fiscal relationships between the state and its citizens. She argues that citizenship is being redefined through a renegotiation of the rights and obligations inherent in such economic relationships.


The book centers on a civil disobedience movement that arose in Cameroon beginning in 1990 ostensibly to counter state fiscal authority — a movement dubbed Opération Villes Mortes by the opposition and incivisme fiscal by the government (which for its part was eager to suggest that participants were less than legitimate citizens, failing in their civic duties). Contrary to standard approaches, Roitman examines this conflict as a “productive moment” that, rather than involving the outright rejection of regulatory authority, questioned the intelligibility of its exercise. Although both militarized commercial networks (associated with such activities trading in contraband goods including drugs, ivory, and guns) and highly organized gang-based banditry do challenge state authority, they do not necessarily undermine state power.


Contrary to depictions of the African state as “weak” or “failed,” this book demonstrates how the state in Africa manages to reconstitute its authority through networks that have emerged in the interstices of the state system. It also shows how those networks partake of the same epistemological grounding as does the state. Indeed, both state and nonstate practices of governing refer to a common “ethic of illegality,” which explains how illegal activities are understood as licit or reasonable conduct.

Janet Roitman is a research fellow at the Centre National de la Recherche Scientifique in Paris.

"The whole book is a sophisticated essay on how to bring such an area and problematic into focus: the question of regulatory authority in places where it has never been self-evident. As such, it opens up some very important analytical issues, not only for African studies but also for an anthropology of emergent economies worldwide."—Jane I.Guyer, International Journal of African Historical Studies

"I very much enjoyed reading this book, both for its originality and the seminal way its author links vivid ethnography to sophisticated theoretical reflections. Janet Roitman worked in a very special area, the Chad basin, which is dominated by ongoing civil war, an almost complete informalization of the economy, and spectacular forms of smuggling. She admirably succeeds in showing that even in such an apparently chaotic context new patterns of control and regularity emerge that give terms like 'economy' a special tenor. The prose is highly accessible, not only because of its clarity of style but also because the author, in a very evocative way, constantly returns to the realities she examined during her fieldwork."—Peter Geschiere, University of Amsterdam, author of The Modernity of Witchcraft

"Janet Roitman's is a major and original voice. An unusually innovative, indeed subversive anthropology of economy and state, her book contains fascinating debates and engagements with a wide variety of issues that arise from the historical ethnography of an African region but are clearly of general interest."—Arjun Appadurai, New School University, author of Modernity at Large