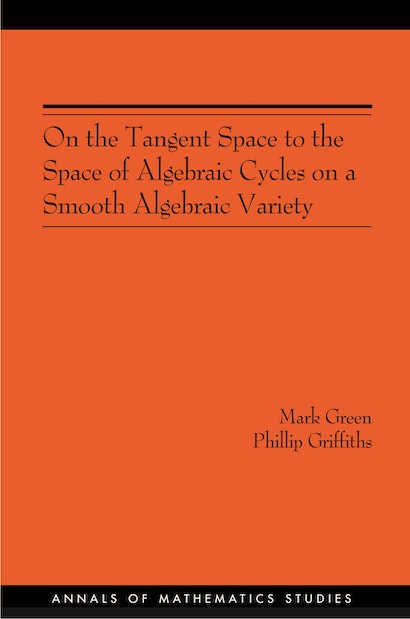 In recent years, considerable progress has been made in studying algebraic cycles using infinitesimal methods. These methods have usually been applied to Hodge-theoretic constructions such as the cycle class and the Abel-Jacobi map. Substantial advances have also occurred in the infinitesimal theory for subvarieties of a given smooth variety, centered around the normal bundle and the obstructions coming from the normal bundle’s first cohomology group. Here, Mark Green and Phillip Griffiths set forth the initial stages of an infinitesimal theory for algebraic cycles.


The book aims in part to understand the geometric basis and the limitations of Spencer Bloch’s beautiful formula for the tangent space to Chow groups. Bloch’s formula is motivated by algebraic K-theory and involves differentials over Q. The theory developed here is characterized by the appearance of arithmetic considerations even in the local infinitesimal theory of algebraic cycles. The map from the tangent space to the Hilbert scheme to the tangent space to algebraic cycles passes through a variant of an interesting construction in commutative algebra due to Angéniol and Lejeune-Jalabert. The link between the theory given here and Bloch’s formula arises from an interpretation of the Cousin flasque resolution of differentials over Q as the tangent sequence to the Gersten resolution in algebraic K-theory. The case of 0-cycles on a surface is used for illustrative purposes to avoid undue technical complications.