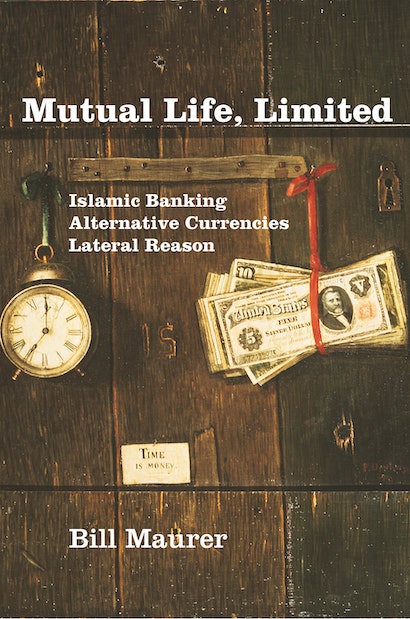 Why are people continually surprised to discover that money is “just” meaning? Mutual Life, Limited spends time among those who, in acknowledging the fictions of finance, are making money anew. It documents ongoing efforts to remake money and finance by Islamic bankers who seek to avoid interest and local currency proponents who would stand outside of national economies. It asks how alternative moneys both escape and reenact dominant forms of money and finance, and reflects critically on their broader implications for scholarship.


Based on fieldwork among participants in a local currency system in Ithaca, New York, and among Islamic banking practitioners in the United States, Indonesia, and elsewhere, this book exploits the convergence between the reflexivity of monetary alternatives and social inquiry by questioning the equivalence between money and ethnography. Can money ever be adequate to the value backing it? Can social description ever be adequate to messy and contingent realities?


Bill Maurer’s ethnographic discovery is that ethnography as such — the holistic description of a way of life — cannot be sustained when faced with a set of practices that anticipates and incorporates it in advance. His fluently written book represents an unprecedented critique of social scientific approaches to money through an ethnographic description of specific monetary alternatives, while also speaking broadly to the very problem of anthropological knowledge in the twenty-first century.

Bill Maurer is Associate Professor of Anthropology at the University of California, Irvine. He is the author of Recharting the Caribbean: Land, Law, and Citizenship in the British Virgin Islands, and the co-editor of Gender Matters: Re-Reading Michelle Z. Rosaldo and Globalization under Construction: Governmentality, Law, and Identity.

"A fascinating study. . . . It is . . . quite possibly the best study in the English language on the topic and, to those involved in banking, currencies, and anthropological facets of economies, should prove of unquestionable value."—Haidar Moukdad, Digest of Middle East Studies

"I enjoyed this book mightily. Not only is its topic—money in various manifestations—inherently interesting but the book is both theoretically innovative and empirically rich, as well as being well written."—Nigel Thrift, University of Oxford, author of Money/Space: Geographies of Monetary Transformation

"This book represents an ethnography of a far more interesting kind than the standard sort. Its genius lies in the way its author has drawn in diverse social practices to comment upon (lie alongside) one another. Islamic banking is revealed to have much in common with local currency schemes, both being alternatives to capitalist finance based on interest. Because the subject is discourses of money, one would expect the text to be abstract; in fact the text summons myriad points that are splendidly concrete."—Marilyn Strathern, University of Cambridge, author of Property, Substance and Effect: Anthropological Essays on Persons and Things