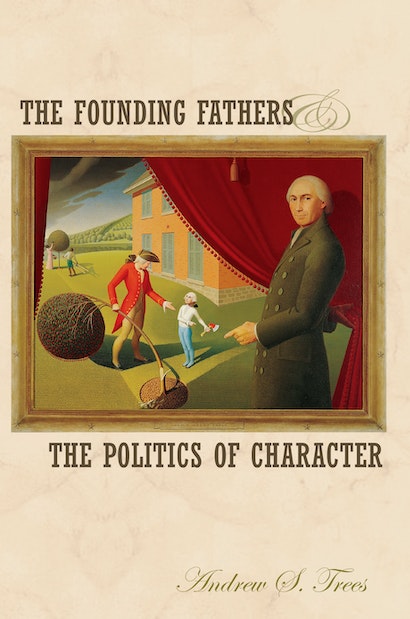 The American Revolution swept away old certainties and forced revolutionaries to consider what it meant to be American. Andrew Trees examines four attempts to answer the question of national identity that Americans faced in the wake of the Revolution. Through the writings of Thomas Jefferson, John Adams, Alexander Hamilton, and James Madison, Trees explores a complicated political world in which boundaries between the personal and the political were fluid and ill-defined. Melding history and literary study, he shows how this unsettled landscape challenged and sometimes confounded the founders’ attempts to forge their own — and the nation’s — identity.


Trees traces the intimately linked shaping of self and country by four men distrustful of politics and yet operating in an increasingly democratic world. Jefferson sought to recast the political along the lines of friendship, while Hamilton hoped that honor would provide a secure foundation for self and country. Adams struggled to create a nation virtuous enough to sustain a republican government, and Madison worked to establish a government based on justice.


Giving a new context to the founders’ mission, Trees studies their contributions not simply as policy prescriptions but in terms of a more elusive and symbolic level of action. His work illuminates the tangled relationship among rhetoric, politics, self, and nation — as well as the larger question of national identity that remains with us today.

Andrew S. Trees has taught at the University of Virginia, Rhodes College, and Rutgers University, Newark. He currently lives in New York City and teaches at the Horace Mann School.

"A wonderful blend of history and literary studies, The Founding Fathers and the Politics of Character is a polished and significant work. Trees focuses upon perhaps the most pressing problem of politics in the 1790s: How men steeped in eighteenth-century thought, which disparaged popular politics, could find a place for themselves in the increasingly democratic political world that they themselves had brought into being. It is impossible for me to describe adequately the elegance with which Trees has written this work. While its chief contribution is to enhance our understanding of the politics and political thought of the 1790s, the book is also an extended essay on the problem of character in American politics. This, of course, is a problem of continuing interest."—Jan Ellen Lewis, Rutgers University, Newark

"This is an immensely impressive book of unusual range and balance. Trees is as much at home dealing with the private sphere and the public, the personal realm and the political. He displays a splendid facility with several genres, with biography, with ideas, and with variety of almost every kind. His judgments are sure and penetrating. Better, they are fresh, sophisticated, imaginative, and largely persuasive. Best of all, they are focused and, in the final analysis, simple and memorable. Trees has a touch that is rare among scholars: he can take material that seems essentially familiar and make it new."—Michael Zuckerman, University of Pennsylvania