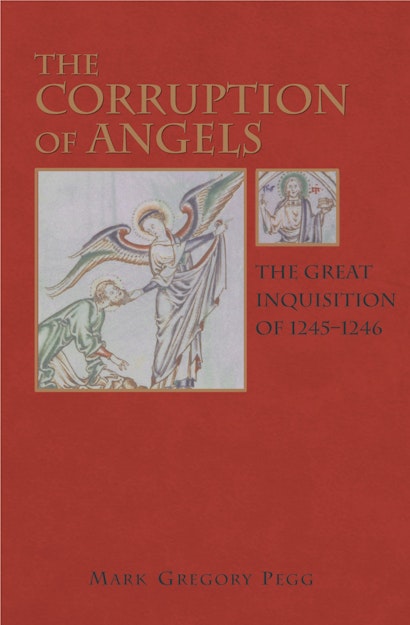 On two hundred and one days between May 1, 1245, and August 1, 1246, more than five thousand people from the Lauragais were questioned in Toulouse about the heresy of the good men and the good women (more commonly known as Catharism). Nobles and diviners, butchers and monks, concubines and physicians, blacksmiths and pregnant girls — in short, all men over fourteen and women over twelve — were summoned by Dominican inquisitors Bernart de Caux and Jean de Saint-Pierre. In the cloister of the Saint-Sernin abbey, before scribes and witnesses, they confessed whether they, or anyone else, had ever seen, heard, helped, or sought salvation through the heretics. This inquisition into heretical depravity was the single largest investigation, in the shortest time, in the entire European Middle Ages.


Mark Gregory Pegg examines the sole surviving manuscript of this great inquisition with unprecedented care — often in unexpected ways — to build a richly textured understanding of social life in southern France in the early thirteenth century. He explores what the interrogations reveal about the individual and communal lives of those interrogated and how the interrogations themselves shaped villagers’ perceptions of those lives. The Corruption of Angels, similar in breadth and scope to Emmanuel Le Roy Ladurie’s Montaillou, is a major contribution to the field. It shows how heretical and orthodox beliefs flourished side by side and, more broadly, what life was like in one particular time and place. Pegg’s passionate and beautifully written evocation of a medieval world will fascinate a diverse readership within and beyond the academy.

"This is an attractive and readable book on a sombre theme."—Colin Morris, Times Literary Supplement

"Pegg has written a very vivid account of the society of the Lauragais and its response to the 'good men' at a time when their heresy was still flourishing. No comparable study of the impact the heretics had on lay society in a defined area has been published."—Bernard Hamilton, American Historical Review

"Pegg's book [is] provocative, colorful, and flowing with adrenaline! There is much to remind one of Carlo Ginzburg's The Cheese and the Worms: the deep reading of one set of interrogations . . . the high ambition, and the extraordinary panache with which the project is realized. . . . Pegg has pulled off a tour de force. His book . . . is superbly written: as unputdownable as a thriller."—Peter Biller, Speculum

"This is a wonderful book deserving to be read from beginning to end. It is a 'good read' that will capture the imagination, and teachers of medieval history should get it into the hands of their students."—Jay T. Lees, History

"This book is a gem. . . . What is included is no less than brilliant, for this study is an incisive analysis of a major record of inquisitorial proceedings. Strongly recommended."—Thomas Renna, Church History

"In Mark Gregory Pegg the testimonies of the great inquisition of 1245-46 have found a historian with the erudition and imagination to exploit their riches. Emmanuel Le Roy Ladurie's Montaillou, is also, of course, based on a register of inquisitions in the Languedoc, some half century later than this one. But Pegg sets a new standard in the theoretical sophistication and consistency—as well as the literary grace—with which it is done. This book is the most sensitive and searching account of the religion of country people in any part of Europe in the High Middle Ages known to me."—R. I. Moore, University of Newcastle upon Tyne

"This book is gorgeously written. It gives a window into the life of people in a place in the past that is preserved in a unique kind of source. The material is gracefully, accurately, indeed, inspiringly handled. Mark Gregory Pegg offers a community history of a very high and rare order."—Edward Peters, University of Pennsylvania

"This is a fascinating account of an inquisitorial process undertaken in Languedoc in 1245 and 1246. Mark Gregory Pegg asks questions not so much about the abstract nature of Cathar belief but about how it was remembered, maintained, and integrated into lived experience of the villagers of the Lauragais. . . It is a fine example of how to approach a medieval text that will be widely appreciated by nonhistorians."—Paul Freedman, Yale University