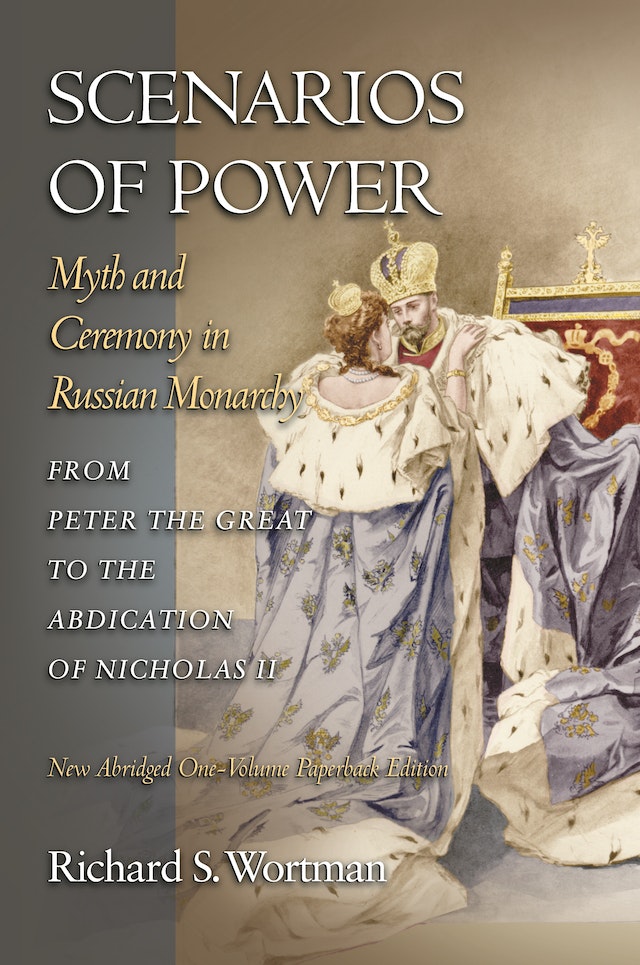 This new and abridged edition of Scenarios of Power is a concise version of Richard Wortman’s award-winning study of Russian monarchy from the seventeenth century until 1917. The author breaks new ground by showing how imperial ceremony and imagery were not simply displays of the majesty of the sovereign and his entourage, but also instruments central to the exercise of absolute power in a multinational empire. In developing this interpretation, Wortman presents vivid descriptions of coronations, funerals, parades, trips through the realm, and historical celebrations and reveals how these ceremonies were constructed or reconstructed to fit the political and cultural narratives in the lives and reigns of successive tsars. He describes the upbringing of the heirs as well as their roles in these narratives and relates their experiences to the persistence of absolute monarchy in Russia long after its demise in Europe.

Richard S. Wortman is Bryce Professor of History and Director of Graduate Studies at Columbia University.

"Praise for Princeton's original edition: "A major contribution to the history of Russia, one from which every serious student of that country's tragic destiny will learn.""—Abbott Gleason, Journal of Modern History

"Praise for Princeton's original edition: "[This book] is not just a history of regal rhetoric and rituals but a rich and vivid panorama of the manners and sensibilities, of the educational theories and systems of belief, of the art and literature, the music and the architecture by which the Russian monarchy shaped a cultural language to evoke loyalty, reverence, and awe from its servitors and subjects.""—Orlando Figes, Times Literary Supplement

"Praise for Princeton's original edition: "A brief review can hardly do justice to the wealth of information and sophistication of analysis here; if the outline of Wortman's story is familiar, his telling of it is refreshingly new. . . . Eschewing the kind of treacly romanticism that tends to transform [the tsars] with their many egregious faults into tragic heroes, Wortman enriches our understanding of why they made certain personal choices so ill-suited for the nation they undeniably loved.""—Louise McReynolds, Slavic Review

"Praise for Princeton's original edition: "The formidable variety of evidence Wortman has amassed in this volume for his novel conclusions about the nature of Russian autocracy and downfall of the Romanovs puts Scenarios of Power at the top of the reading list not just for the serious students of Imperial Russia but for all scholars interested in the power of cultural symbols to shape history.""—Priscilla Roosevelt, Russian Review