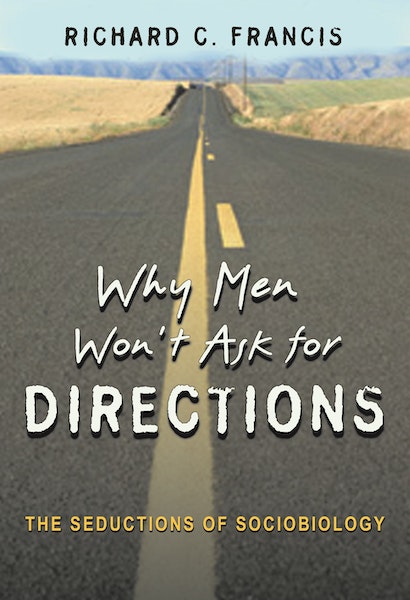 Much of the evolutionary biology that has grabbed headlines in recent years has sprung from the efforts of sociobiologists and evolutionary psychologists to explain sexual features and behavior — even differences between how men and women think — as evolutionary adaptations. They have looked to the forces of natural selection to explain everything from the mimicry of male mockingbirds to female orgasms among humans. In this controversial book, Richard Francis argues that the utility of this approach is greatly exaggerated. He proposes instead a powerful alternative rooted in the latest findings in evolutionary biology as well as research on the workings of our brains, genes, and hormones.


Exploring various sexual phenomena, Francis exposes fundamental defects in sociobiology and evolutionary psychology, which he traces to their misguided emphasis on “why” questions at the expense of “how” questions. Francis contends that this preoccupation with “why” questions (such as, “Why won’t men ask for directions”?) results in a paranoiac mindset and distorted evolutionary explanations. His alternative framework entails a broader conception of what constitutes an evolutionary explanation, one in which both evolutionary history, as embodied in the tree of life, and developmental processes are brought to the foreground. This alternative framework is also better grounded in basic biology.


Deeply learned, consistently persuasive, and always engaging, this book is a welcome antidote to simplistic sociobiological exegeses of animal and human behavior.

Richard C. Francis received his Ph.D. in neurobiology and behavior from Stony Brook University and the National Research Science Award from the National Institute of Mental Health. Before becoming a freelance writer he conducted widely published postdoctoral research in evolutionary neurobiology and sexual development at the University of California, Berkeley, and Stanford University.

"In Why Men Won't Ask for Directions, Richard C. Francis suggests that physiological explanations of behavior—about how brains work—are often more informative than accounts of why the behavior evolved. . . . Francis is at his best when explaining physiological processes: his explanations are clear, straightforward, and step by step. . . . The descriptions Francis offers of animals and their behavior are vivid."—Deborah M. Gordon, Natural History

"An incisive and witty critique of the methodologies of sociobiology and its most current manifestation, evolutionary psychology. . . . Francis supports his engaging and well-reasoned arguments with examples from research. . . . [He] does not deny that adaptation can be a very powerful explanatory concept, as long as it is not used dogmatically. Instead, he offers increased options for a better understanding of behavior through considering organisms in their social, evolutionary, and neurobiological contexts."—Library Journal

"A synthesis of the latest advances in the behavior, physiology and ecology of sociosexual behaviors, Francis's book focuses primarily on animals, but also develops and critiques the history and present state of how this material has been applied (and misapplied) to the human condition. There are no books quite like this, and the general reader will be enlightened and enlivened."—David P. Crews, University of Texas