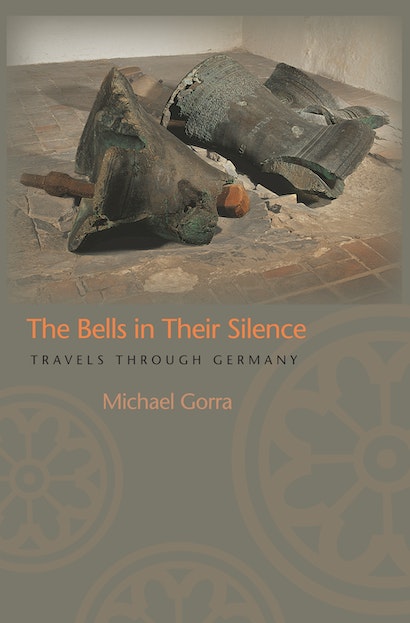 Nobody writes travelogues about Germany. The country spurs many anxious volumes of investigative reporting — books that worry away at the “German problem,” World War II, the legacy of the Holocaust, the Wall, reunification, and the connections between them. But not travel books, not the free-ranging and impressionistic works of literary nonfiction we associate with V. S. Naipaul and Bruce Chatwin. What is it about Germany and the travel book that puts them seemingly at odds? With one foot in the library and one on the street, Michael Gorra offers both an answer to this question and his own traveler’s tale of Germany.


Gorra uses Goethe’s account of his Italian journey as a model for testing the traveler’s response to Germany today, and he subjects the shopping arcades of contemporary German cities to the terms of Benjamin’s Arcades project. He reads post-Wende Berlin through the novels of Theodor Fontane, examines the role of figurative language, and enlists W. G. Sebald as a guide to the place of fragments and digressions in travel writing.


Replete with the flaneur’s chance discoveries — and rich in the delights of the enduring and the ephemeral, of architecture and flood — The Bells in Their Silence offers that rare traveler’s tale of Germany while testing the very limits of the travel narrative as a literary form.

Michael Gorra is Mary Augusta Jordan Professor of English at Smith College. He is the author of After Empire and The English Novel at Mid-Century, and the recipient, for his work as a reviewer, of the Nona Balakian Citation of the National Book Critics Circle. He reviews books for the New York Times Book Review, the Times Literary Supplement, the Atlantic Monthly, and other publications.

"Gorra has made a notable effort to write a truthful book that, while colorful and impressionistic, also draws thoughtful conclusions about what he encounters. . . . His accounts of his wandering are peppered with literary and historical reflections as well as musings on the nature of travel literature. . . . [T]he results can be stunning."—Brooke Allen, New York Times Book Review

"Gorra's narrative is rich in texts he knows or has heuristically sought out: Goethe, Stendhal, Heine, Fontane, Thomas Mann, Patrick Leigh Fermore, Bruce Chatwin and Walter Benjamin. . . . But the big names who establish Gorra's credentials as an intelligent traveler cannot really enlighten him on his quest. . . . On the other hand his beloved texts frame the possibility of a true friendship with Germany, which is his subtle story."—Lesley Chamberlain, Times Literary Supplement

"Gorra's introspective, impressionistic account of his travels through Germany is shaped—perhaps even haunted—by figures from the past: historical, literary, personal . . . Yet for all his erudition, Gorra enters the deep waters of German cultural memory a humble, inquisitive novice, weaving personal and literary experiences. . . . A captivating, unique work of synthesis."—Booklist

"Entertainingly vivid. . . . [B]ecause Gorra travels in Germany with such animated interest and pleasure, there arises a moral tension that drives his narrative. The pleasure of travel collides with the knowledge that one is in a place where so much misery has been inflicted and suffered."—Steve Dowden, The Boston Globe

"With such heavy baggage from World War II, Germany is rarely given the travelogue treatment these days. Michael Gorra, who was struck by the country's beauty on a business trip, has rectified that in this perceptive tale of his adventures."—Chicago Tribune

"Brilliant. . . . Since the second world war, . . . Germany has more or less disappeared from the literary route-map. Michael Gorra begins to fill this gap, while remembering that a country's history is longer than one episode, however calamitous."—Jeremy Treglown, Financial Times Magazine

"[An] intellectually sophisticated . . . book about being an outsider in modern Germany."—Jeremy Treglown, Granta

"Gorra's knowledge on James is encyclopedic; he is never boring . . . the result is a marvelous book that is a joy to read."—Cerise Press

"As a cultural reporter Michael Gorra is the sort of writer we most like to read: he's smart, humane, felicitious, well-informed, and yet willing to let his innocence—what he shares with us all—develop into provocative and unconventional intellectual curiosity."—Richard Ford

"The Bells in Their Silence is on one level a deeply thoughtful and seductive meditation on Gorra's year in Germany, and on the uneasy disjunction between Germany's liberal present and its Nazi past. The book is generously illuminated from within by a parallel meditation on the conventions, limitations, and possibilities of the travel narrative. Exemplarily postmodern in its self-awareness, The Bells in Their Silence is an engrossing and original contribution to the literature of travel."—Jonathan Raban, author of Passage to Juneau: A Sea and Its Meanings

"Gorra's book announces itself from the very first sentence as a lyrical hybrid travelogue, mixing the personal and impressionistic with the reflective. The writing is smart, witty, informed, and highly readable. One comes away from the book vowing to be more like Gorra—a more observant, more reflective traveler and a more adventurous reader."—Sven Birkerts, author of An Artificial Wilderness and My Sky Blue Trades

"Gorra has written an unusual book: a mélange of travel book and reflections of travel books, with book reviews, readings of literary works, and autobiographical sketches. The combination proves to be extremely effective, providing a multicolored and multilayered picture of a quickly changing country."—Barbara Hahn, Princeton University

"Perhaps no single travelogue on Germany has captured so well our American, post-World War II generation's tortured relationship to a land and its people we were brought up loving to hate but which we learned to love. Beautifully written against the grain of the traditional travelogue's certainty of judgements and world-weariness, Michael Gorra's travels through Germany reveal the internal and external processes of a 'memory tourist' in a land with too much memory."—James E. Young, author of The Texture of Memory and At Memory's Edge, Professor and Chair of Judaic & Near Eastern Studies at the University of Massachusetts Amherst