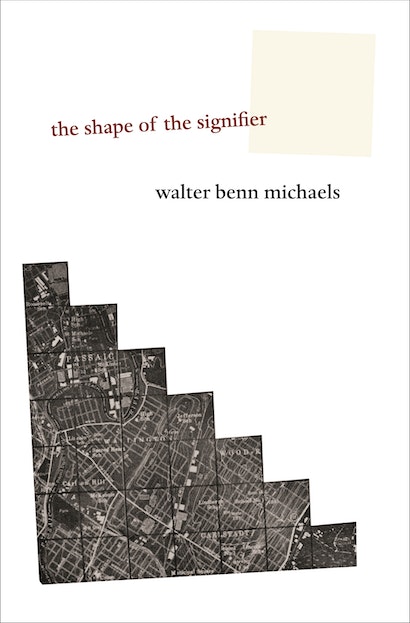 The Shape of the Signifier is a critique of recent theory — primarily literary but also cultural and political. Bringing together previously unconnected strands of Michaels’s thought — from “Against Theory” to Our America — it anatomizes what’s fundamentally at stake when we think of literature in terms of the experience of the reader rather than the intention of the author, and when we substitute the question of who people are for the question of what they believe.


With signature virtuosity, Michaels shows how the replacement of ideological difference (we believe different things) with identitarian difference (we speak different languages, we have different bodies and different histories) organizes the thinking of writers from Richard Rorty to Octavia Butler to Samuel Huntington to Kathy Acker. He then examines how this shift produces the narrative logic of texts ranging from Toni Morrison’s Beloved to Michael Hardt and Toni Negri’s Empire. As with everything Michaels writes, The Shape of the Signifier is sure to leave controversy and debate in its wake.

Walter Benn Michaels is Professor of English at the University of Illinois, Chicago. He is the author of The Gold Standard and the Logic of Naturalism and Our America.

"Michaels's absorbing new book swims against the critical stream with a brilliance and originality unmatched this side of Slavoj Žižek."—Henry Staten, Modernism/modernity

"[This] book is not scholarship, criticism, or theory. It is a brazen call for the return to ideology."—Lindsay Waters, Chronicle of Higher Education

"[W]hat makes this book compelling . . . is his central thesis: that the apparent diversity of the marketplace of ideas, as in the marketplace of commodities, conceals fundamental uniformity (so many choices in the cereal aisle, so few in the voting booth)."—Robin J. Sowards, The Minnesota Review