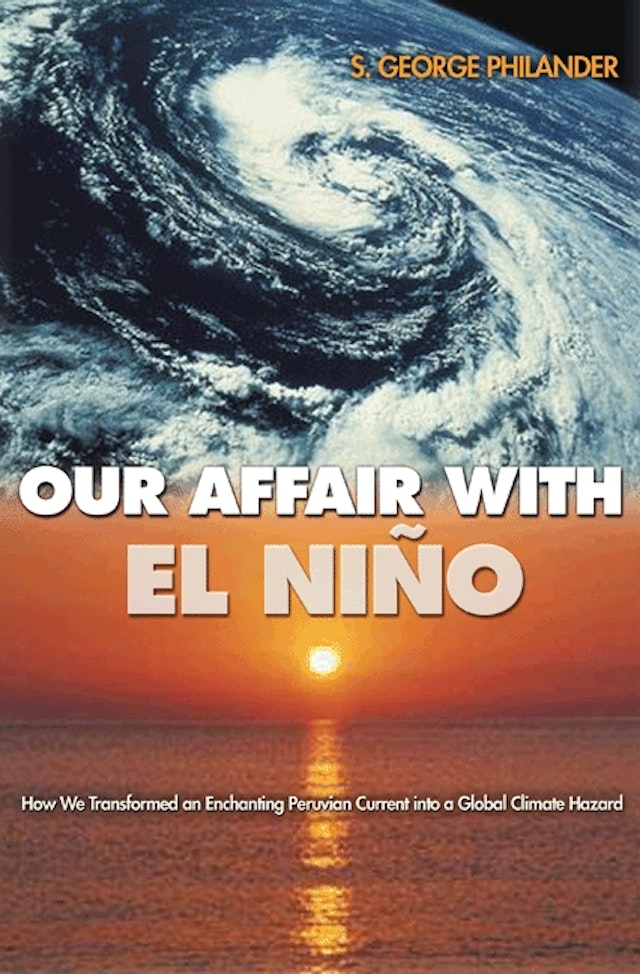 Until 1997, few people had heard of the seasonal current that Peruvians nicknamed El Niño. But when meteorologists linked it to devastating floods in California, severe droughts in Indonesia, and strange weather everywhere, its name became entrenched in the common parlance faster than a typhoon making landfall. Bumper stickers appeared bearing the phrase “Don’t blame me; blame El Niño.” Stockbrokers muttered “El Niño” when the market became erratic.

What’s behind this fascinating natural phenomenon, and how did our perceptions of it change? In this captivating book, renowned oceanographer George Philander engages readers in lucid and stimulating discussions of the scientific, political, economic and cultural developments that shaped our perceptions of this force of nature.

The book begins by outlining the history of El Niño, an innocuous current that appears off the coast of Peru around Christmastime — its name refers to the Child Jesus — and originally was welcomed as a blessing. It goes on to explore how our perceptions of El Niño were transformed, not because the phenomenon changed, but because we did. Philander argues persuasively that familiarity with the different facets of our affair with El Niño — our wealth of experience in dealing with natural hazards such as severe storms and prolonged droughts — can help us cope with an urgent and controversial environmental problem of our own making — global warming.

Intellectually invigorating and a joy to read, Our Affair with El Niño is an important contribution to the debate about the relationship between scientific knowledge and public affairs.

George Philander is Knox Taylor Professor of Geosciences (Meteorology) at Princeton University. He is the author of Is the Temperature Rising: The Uncertain Science of Global Warming (Princeton).

"This is a provocative and useful summary of what we know, and what we would like to know about El Niño's influence on humankind. The book is a clear, scientifically definitive statement on an issue of concern to us all."—Brian Fagan, University of California, Santa Barbara

"The most important thing I can tell you about Our Affair with El Niño is that I genuinely enjoyed reading it. Like the author, it is erudite, cultured, original, imaginative, idiosyncratic, and opinionated. George Philander is especially adept at providing easy-to-grasp analogies to illuminate complex material. Both the general reader and those who know a great deal about El Niño will appreciate this book."—Mark A. Cane, Columbia University